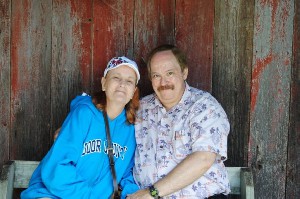 Six days ago former pinball designer Barry Oursler announced on Facebook that he’s in trouble paying the medical bills for himself and his wife Donna. Also see our previous post on this. In the following days Barry’s fundraiser was shared and liked on Facebook by lots of people in the pinball community. The fundraiser almost reached it’s initial goal. Pinball magazine talked to Barry to find out more.

PM: Barry, you set up this fundraiser to support you and your wife in paying the medical bills and it seems to do very well. Congratulations on that. But more importantly: how are you doing?
BA: The fundraiser is doing very well. I couldn’t believe it. I’m doing better now that I’m getting treatments, but there’s a lot of bills going with them.

PM: You have been diagnosed with bone marrow cancer. Since I’m not a doctor, how serious is bone marrow cancer?
BA: Well, when you got it in the past, I think you had about two years to live. With the treatments of today you can go on for another 20, 30 years.

PM: I suppose that is some sort of good news. Did you expect the fundraiser to be so successful?
BA: No, everybody in the pinball business has been real great. They supported us since the last couple of days and we’re about to hit our goal already. I couldn’t believe how quickly it went. 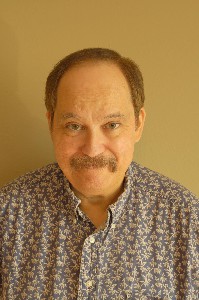 PM: The interesting part here could be that you turned something bad into something good. Within a week you came back into the spotlight of pinball again.
BA: Right. I’ve got hundreds of Facebook friends now.

PM: In Pinball Magazine No. 1 Roger Sharpe talked about people that left the industry and how they deal with that. Obviously we don’t know where you went, or what you’re doing right now and whether you’re fine with that. Wouldn’t you rather design pinball machines?
BA: Well, I wish it would still be going on. But now it’s hard to come back. I’ve been away almost 20 years.

PM: Sure, but a pinball playfield is still a playfield.
BA: Yeah, but now things are done electronically, with AutoCad and Solid Works and everything. No more drafting tables.

PM: So what are you doing these days?
BA: I work at a division of Ecolab. Our company is called Ecosure. What they do is like food safety, sort of like a health department. Except that we’re private. We’re contracted by all the major restaurant and hotel chains and we go out and evaluate their locations for its food safety. You know, cleanliness, make sure the food is cooked at proper temperatures, that it can pass the health department tests. We have a couple of hundred people around the country that do this for us and I work in the main office.

PM: That doesn’t sound much like pinball design.
BA: Oh, it’s completely different. In my previous job I was doing purchasing for Betson, which is a distributor for games and parts.

PM: Please don’t take this the wrong way, but where did it go wrong?
BA: Well, all the pinball companies closed down. I got laid off in ’96 and there was nowhere else to go. Gottlieb was ready to close, the other companies closed. Stern was the only one left and everybody ran over there. So I had to start doing something else.

PM: Did you keep up with pinball over the years?
BA: Not that much. There wasn’t much to keep up with, except for what they were doing at Stern.

PM: Well, the good news is that more and more pinball companies seem to start up, so you could get back in the game if you want to.
BA: Right. It’s just hard to know if they’re going to make it. They’re just starting out and I know what it takes to get going with a company like that. A lot of work, a lot of money.

PM: That sounds to me like you’re perhaps exactly what some of those companies need in order to make it. They could benefit from the knowledge of a senior pinball designer like you. Would you be interested?
BA: I think it’s possible, but it would have to be the right conditions. It would have to be something permanent as it would be difficult to combine it with my other job.

PM: Well, who knows. We’ve seen the success of your fundraiser, and who knows what it may lead to. Thanks you for taking the time to talk to us.

If you want to support Barry’s fundraiser, please visit http://www.gofundme.com/6fgkt0 and make a donation to fund Barry’s medical bills.

Barry Oursler was already scheduled to be featured in the upcoming 3rd Issue of Pinball Magazine, where he will talk about working with pinball artist Python Anghelo and the games they did together. Pinball Magazine No. 3 will hopefully be available around March / April of this year.