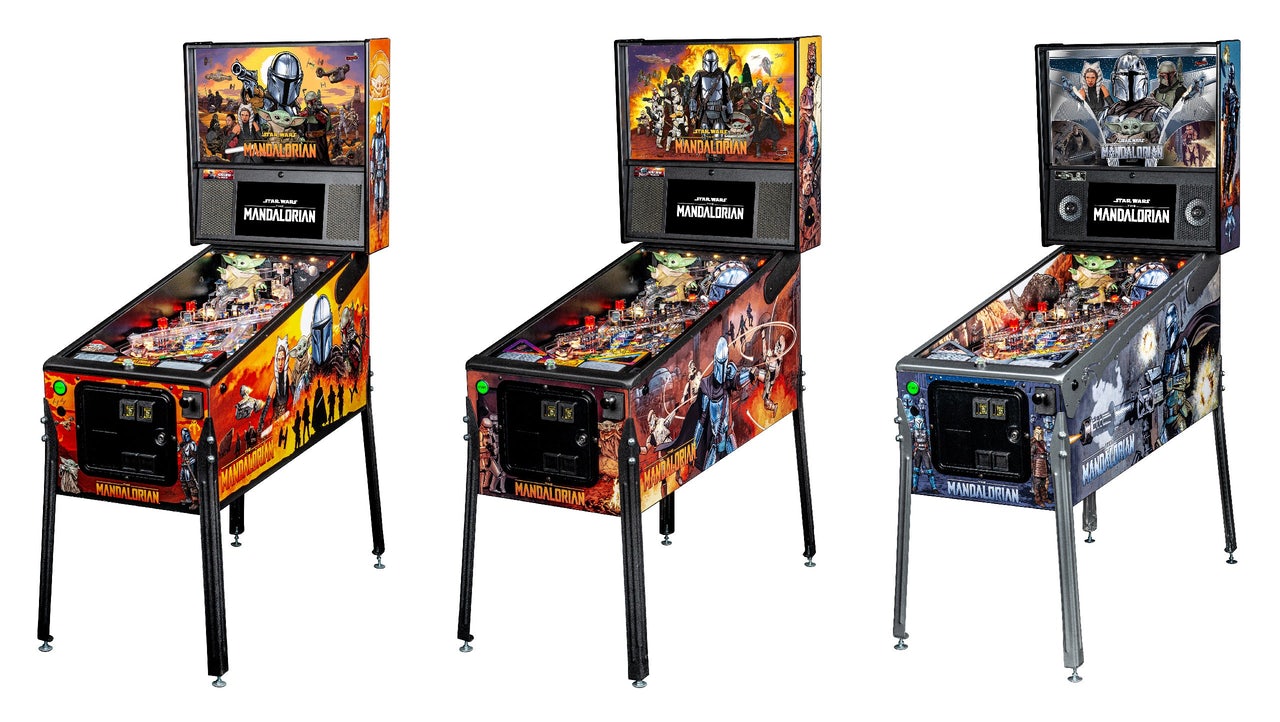 The Pro, Premium and Limited Edition models of The Mandalorian

Following a teaser on Star Wars day, May 4th, Stern Pinball revealed their next cornerstone pinball title The Mandalorian, today in the usual models: Pro, Premium and Limited Edition. The Mandalorian is an American space Western television series created for the streaming service Disney+. It is the first live-action series in the Star Wars franchise, beginning five years after the events of Return of the Jedi (1983). The title character is a lone bounty hunter who goes on the run after being hired to retrieve “The Child,” a Grogu (which is not a baby Yoda). 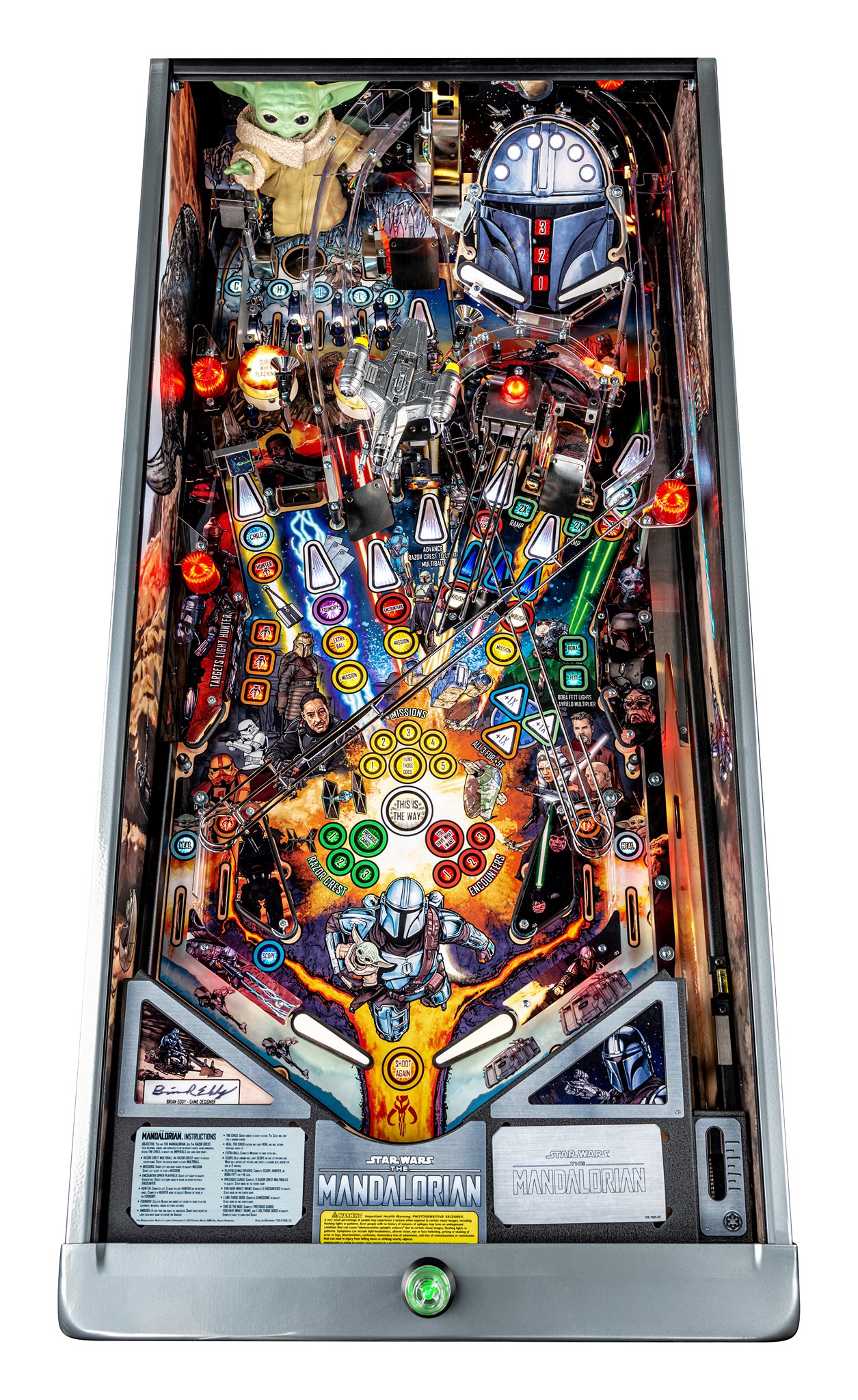 Playfield of The Mandalorian Limited Edition. The Premium playfield is the same, minus the art blades on the sides of the cabinet.

The game is designed by Brian Eddy, who designed some of the most appreciated pinball machines in history, such as Medieval Madness and Attack from Mars. Eddy joined Stern Pinball after a hiatus from pinball a few years ago, which already resulted in the Stranger Things pinball game. On The Mandalorean, Eddy’s team consists of Dwight Sullivan on  game code, and Randy Martinez on cabinet and playfield artwork. All three are quoted in this article that announced the game to the Star Wars audience.

“The Mandalorian game will have Pro, Premium and Limited Edition models. We are maintaining our cadence and schedule — new cornerstone titles in beginning of the year, in the spring, and in the fall. We have increased our production 20% and will increase another 25% over the next few months.”

“The Mandalorian Pro has a very full playfield with great shots, spell outs and easy to follow rules, which build to increasingly higher levels for better players. In the center of the playfield, between the sling shots, a pattern of 3 easy to understand insert displays count progression through Encounters, Missions, and Razer Crest multiball awards toward 3 different Wizard Modes, culminating in the Final Wizard Mode. Play starts with 5 rollovers at the top, spelling C-H-I-L-D under a custom molded The Child, before the ball enters the pop bumper area. An up-post in the orbits can also redirect balls into C-H-I-L-D rollovers. Shooting multiple times through the sweet spot at playfield center, under the custom molded Razer Crest ship, starts multiball play with 3 or 4 balls, even more balls if players earn add-a-balls. There are 3 smooth plastic ramps, 2 of which direct the ball to the return lanes. The center third ramp has a control gate to stage a ball for Razer Crest multiball. The left ramp has a diverter to transport balls to the Encounter mini-playfield area with 6 targets for a rule completion plus its own flipper; thus The Mandalorian has 3 flippers in total. The game has a spinning target and scoop & vuk on the left and a mini loop on the right. 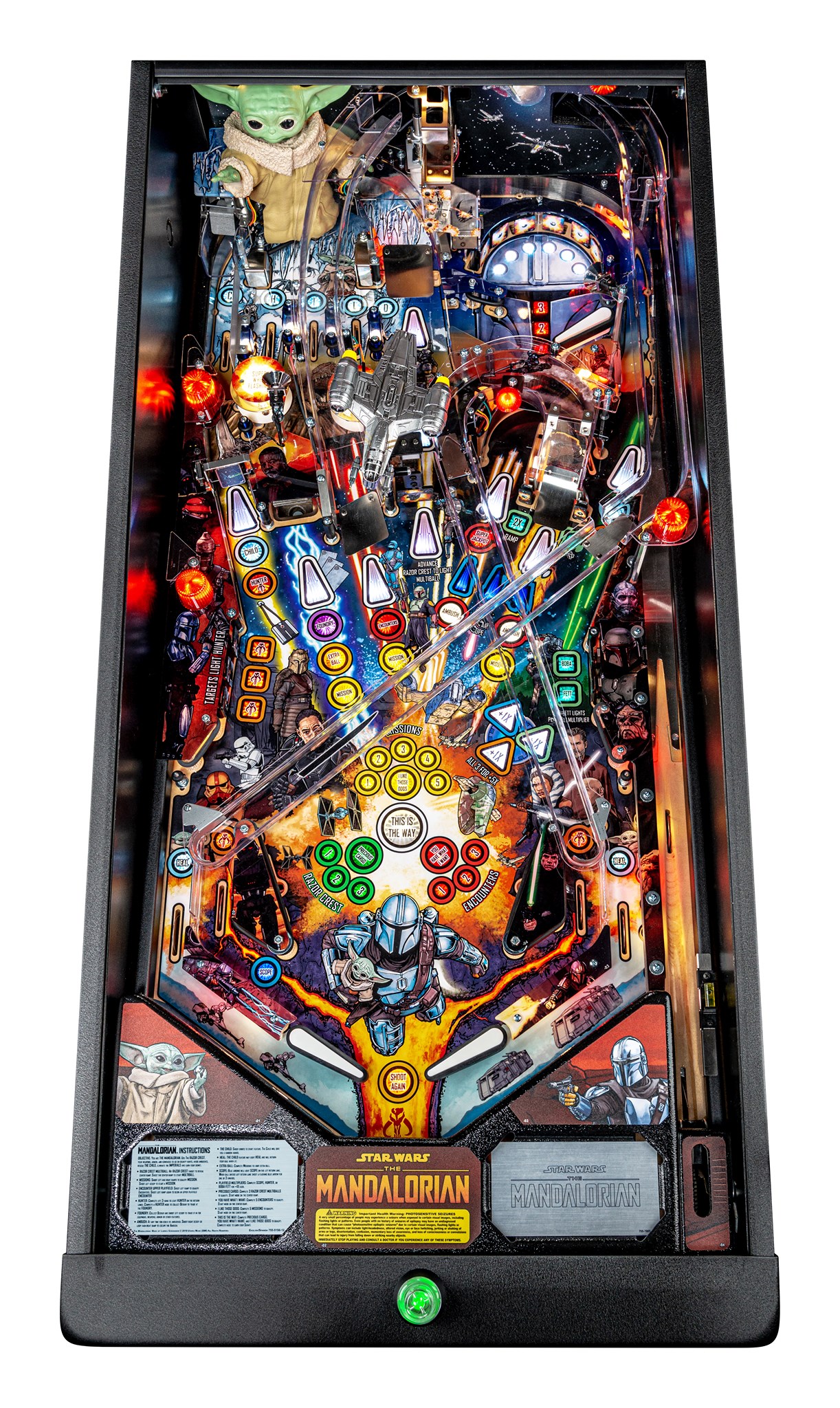 Based on our dealer and distributor input, we have decided to make 750 Limited Edition The Mandalorian games, each with

Production of The Mandalorian Pro games will begin next week. In early June, we will begin the LE. The Premium production will start late June. We also will continue manufacturing many other games.

We have all read about and felt cost increases and shortages of many things we buy for home and business. Manufacturing generally has suffered cost increases and shortages for electronic chips, LCD’s, metals, wood, and more. Nonetheless The Mandalorian will be priced the same as our last cornerstone. Because the LE production starts in a matter of weeks, we ask full payment of LE purchase price be made with order. As usual, for the LE there is no CIA discount. Fees remain unchanged to specify an LE number, if available.

UMRP, MAP and MSRP will be the same as our last cornerstone game; confirming lists will be sent separately to U.S. distributors and dealers.

A full line of accessories will be available. Art blades are scheduled for mid-June. Side armor and shooter rods are mid-July. Subject to licensor’s pending approval, topper is planned for August.” 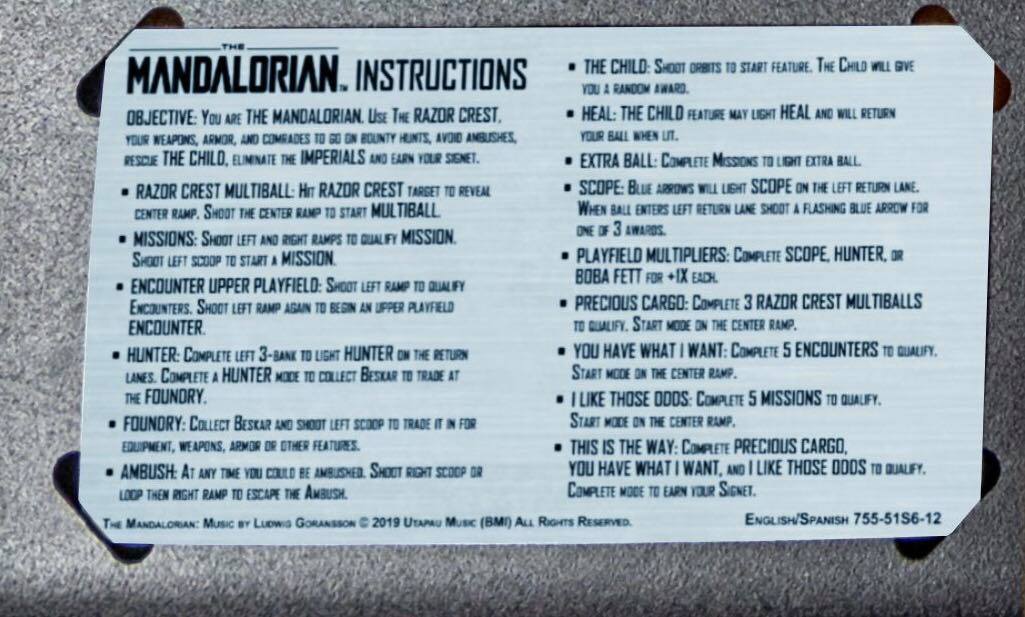 Instruction card for The Mandalorian pinball

More photos of the various models of The Mandalorean can be found on Stern Pinball’s Facebook page.