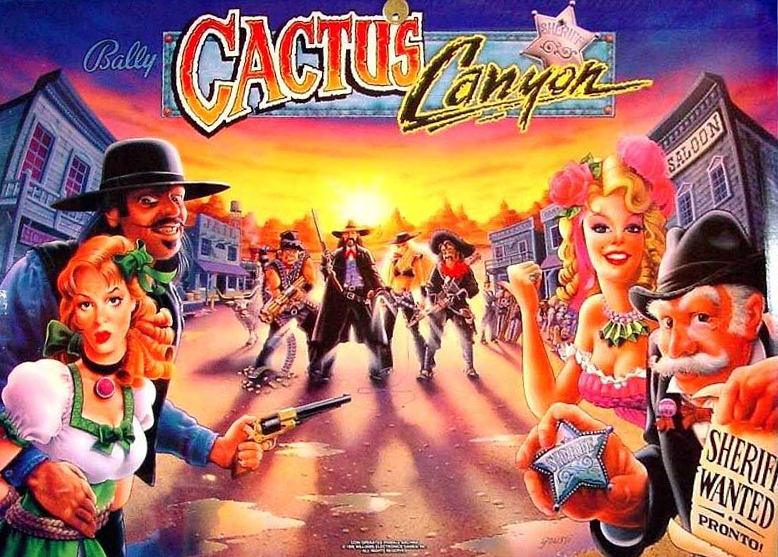 At the Southern Fried Gaming Expo, Chicago Gaming revealed their newest title will be Cactus Canyon Remake. The company was scheduled to host a seminar in which they would discuss the history of Churchill Cabinets and Chicago Gaming. Instead, they announced Cactus Canyon Remake (CCR). Originally the plan was to reveal the game at the show. Unfortunately, the game is not present at the event. The reason? Availability of the game is subject to licensor approval, which may take another four to six weeks. The good news: the game is already in production and over 850 playfields have been screened so far. Once the licensors have approved the game, it could be in customer’s hands within one to two weeks. 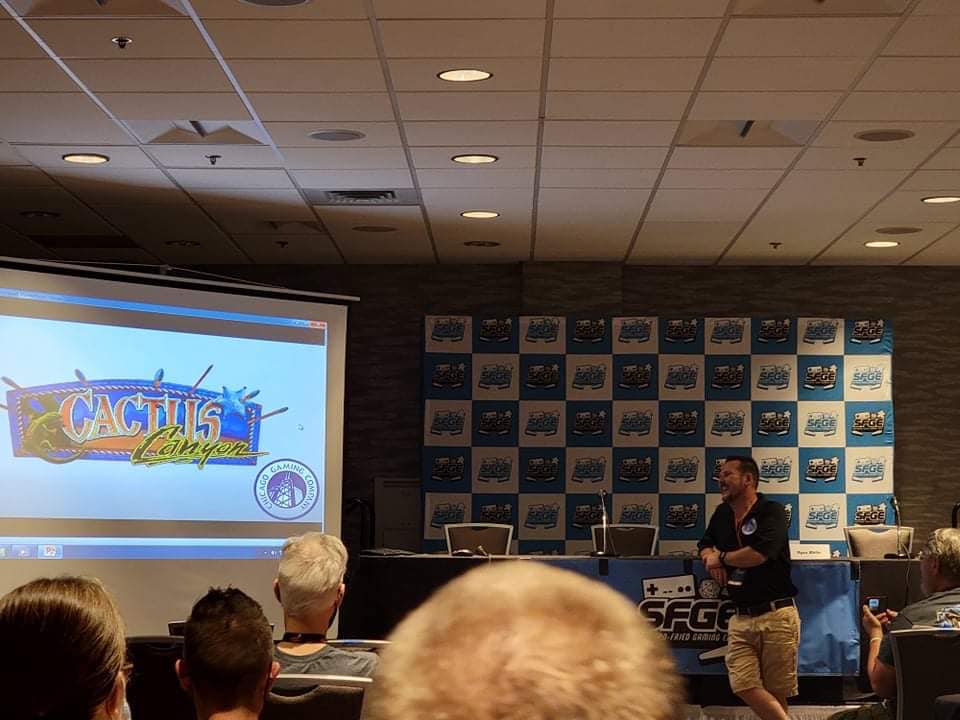 While the reveal of the game may have come as a surprise, the title has been rumored for years. Chicago Gaming is known for their remakes, of which the Limited Edtion model of a title unusally comes with an exclusive topper. Cactus Canyon Remake LE is no different with an interactive topper that’s actually a mini game. The game comes with new and improved finished game code. The original designers have been contacted to understand their original intent with the game, which software-wise was never finished. Chicago Gaming is launching a new operating system for all upcoming titles, of which CCR will be the first. CCR will have RGB general illumination, and an XLCD display.

At the seminar it was also announced that Medieval Madness Remake will be back in production in 2023, that Chicago Gaming is aiming to get to two titles per year and they currently have five pinball projects in the works. The entire seminar van be watched here.

Ryan White, Chicago Gaming’s spokesperson will be a special guest on the upcoming Pinball Magazine & Pinball News PINcast, that will summarize the pinball industry news of August 2021.