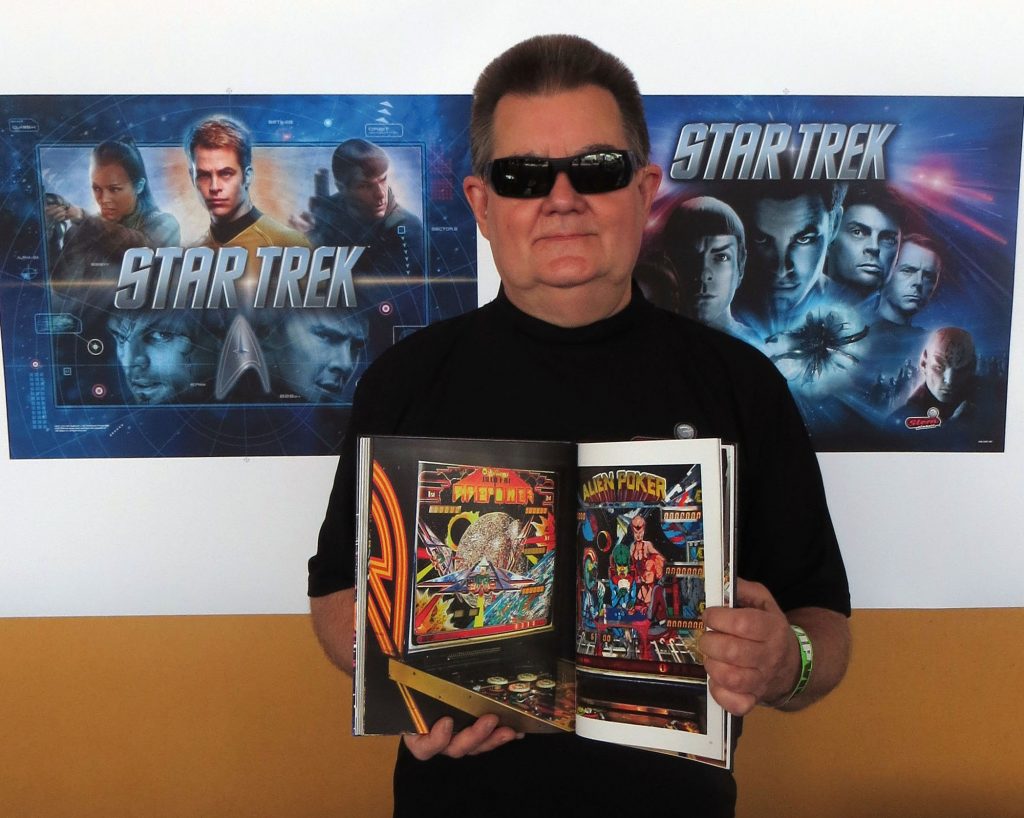 Ritchie, currently aged 71, has a long history of designing pinball machines. He started in the late ’70s at Atari. In 1978 he joined Williams Pinball, where his first design for the company, Flash, was an instant hit, selling over 19,000 units. At Williams, Ritchie designed more successful games, such as Black Knight, High Speed, Tom-Cat F14, Terminator 2, and Star Trek The Next Generation. These games made Ritchie a very popular and respected pinball designer. He left Williams in 1995 and returned to pinball in 2002 when he started working at Stern Pinball.

At Stern, Steve Ritchie designed successful games like Spider-Man, AC/DC, Game of Thrones, and Star Trek. Steve has worked two stints at Stern Pinball. The first stint ended in 2009 when he was let go during the Lehman crisis. This didn’t sit well with Ritchie, who needed to sell off his private collection of pinball memorabilia to survive financially. During his first stint at Stern, Ritchie publicly indicated he was unhappy with some of the games he designed due to the themes he had to work on and the design restrictions he had to deal with.

Jersey Jack Pinball was founded in 2011, but talks between Ritchie and founder Guarnieri didn’t result in Ritchie working for JJP at the time. Much to the surprise of many, Ritchie was rehired by Stern later that year. He then designed AC/DC, which turned out to be an unexpected, but much-needed hit game for Stern Pinball. Ritchie designed games like Led Zeppelin, Black Knight Sword of Rage, Game of Thrones, and others. Ritchie’s designs are known to be fast-paced games, earning him the Master of Flow and King of Pinball nicknames.

At Jersey Jack Pinball, Ritchie will be one of three pinball designers. The others being Pat Lawlor and Eric Meunier. It will be interesting to see who Steve will be working with as other members of his design team. Steve Ritchie will join Martin Ayub and Jonathan Joosten of the Pinball Magazine & Pinball News podcast soon for an in-depth interview regarding his career move. The official announcement of Steve ritchie joining JJP can be found here.