The cover story in Pinball Magazine No. 2 focuses on the career of pinball designer Dennis Nordman (White Water, Demolition Man, Blackwater 100, Pirates of the Caribbean, Wheel of Fortune, and more). Pinball artist Greg Freres joins Dennis on the games they worked on together (Elvira and the Party Monsters, Dr. Dude, The Party Zone, Scared Stiff, Whoa Nellie).

Did you know that Dennis Nordman designed several videogames in the ‘80s? That’s just one of the many topics discussed in this cover story. But there is a lot more. The cover story also has contributions from Steve Ritchie, Chris Granner, John Youssi, Doug Watson, Roger Sharpe, and others, all discussing working with Dennis at some point during his career in pinball.

Aside from the cover story, Pinball magazine No. 2 also has side articles on Pinball News, The Pinball Arcade, ColorDMD, Pinball Expo, Silverball Museum, and more.

In terms of content, most articles in Pinball Magazine No. 2 remained the same, although some typos were corrected. New advertisements were added to fund the printing of this reprint partly. As you may have noticed, the cover of the reissue has a different background color as well. Check out the feedback that came in on Pinball Magazine No. 2. 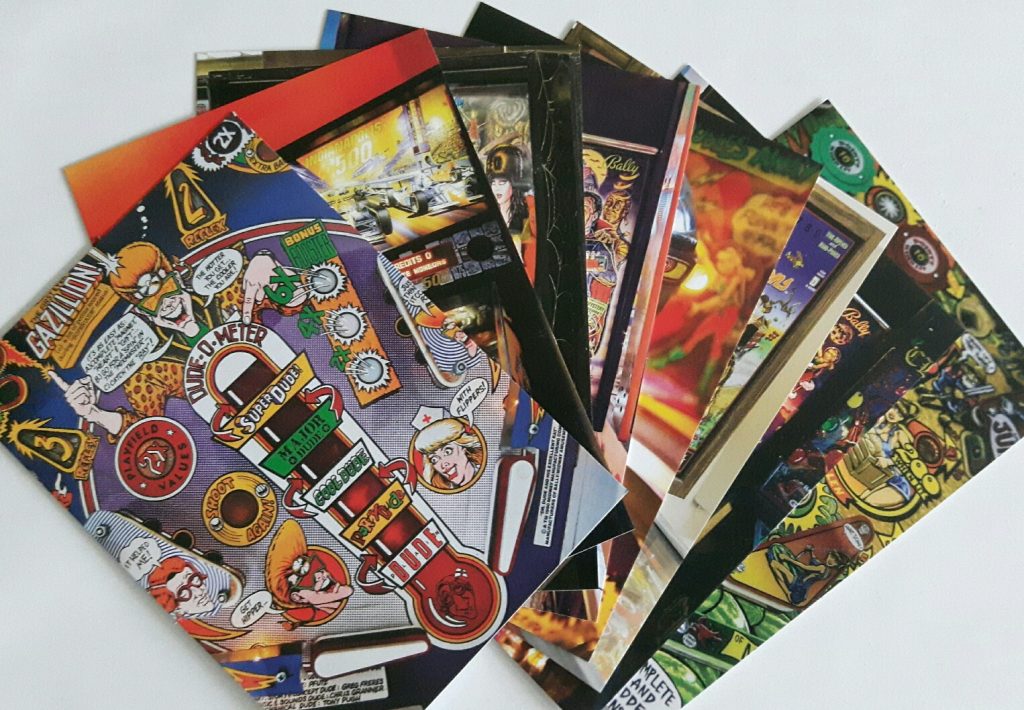 Bonus set of postcards
New with the reprint of issue two is a set of eight postcards with photos of games designed by Dennis Nordman. When Pinball Magazine No. 2 originally came out, no postcards came with the magazine as I started doing that later on with the publication of Santiago Ciuffo’s PINBALL book. Since then, a limited edition set of postcards also came out when Pinball Magazine No. 4 and 5 came out. In line with previous postcard sets, the photos on the new postcard set have also been taken by Argentinean photographer Santiago Ciuffo.

For those who ordered Pinball Magazine No. 2 the first time around and that are interested in the new set of postcards: extra sets of postcards can be ordered separately as well in the Pinball Magazine webshop. However, I would advise ordering such a set of cards together with another magazine or book. When ordering another magazine, the added postal costs for the postcards are almost non-existent. When ordering only a set of postcards, that’s not the case. For most territories, the postal charges are the sum of a fixed price per package plus a rate for the weight of the package. While the weight of a set of postcards will be less than 100 grams, for some territories, the fixed price per package is rather steep. Hence the suggestion to combine ordering the set with another book or magazine, or maybe even wait for Pinball Magazine No. 6. Issue 6 is supposed to come out later this year, although I can’t say when exactly.
Note: when ordering the reprint of Pinball Magazine No. 2, there is no need to add the postcards, as these will be included with the reprint anyway.

New shipping option in the Pinball Magazine webshop
When you’re placing your order in the Pinball Magazine webshop, and get to the part of estimating your postal costs, you’ll notice an extra shipping option has been added. For years I’ve been working with Deutsche Post, which is still an option to choose from. New is the option to choose for shipping with PostNL. PostNL offers different postal rates, which may be cheaper you’re your order is close to 2 or 5 kilograms (4 or 10 lbs).

PostNL may, in some cases, be more expensive than Deutsche Post, but it does have some advantages. Packages of over 2 kilograms are most likely to include track and trace. Packages shipped with PostNL are expected to ship out sooner as well, as these can be dropped off at the post office on any business day. With Deutsche Post, there is a minimum number of packages to ship. For that reason, shipments to Deutsche Post occur monthly. It’s now up to you to decide which postal service you prefer.

Note regarding future North American postal rates
While postal rates are adjusted at the beginning of each year, my account manager at Deutsche Post informed me last week that postal rates to the U.S. are expected to go up significantly around July 2020. It was explained to me as a political response to cheap postal rates from China being addressed. Postal rates from other countries are likely to be affected, as well. The exact details are yet unknown, but chances are it will be cheaper to order your Pinball Magazine products before the postal rates will be increased.

Categories: Pinball Magazine No. 2
No comments yet…