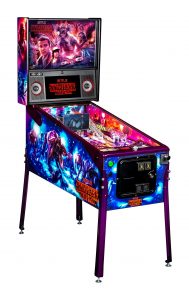 Stern Pinball’s newest pinball machine is based on Netflix’ Stranger Things. A teaser video leaked over the weekend. That video was taken down, after which Stern confirmed on their social media the news with a coming soon video.

The game was officially announced on December 23rd. The designer of the game is Brian Eddy, a veteran pinball designer. Eddy has designed two of the most popular pinball machines of all time when working at Williams in the ’90s: Medieval Madness and Attack from Mars. Since then he’s been working on online games. The Stranger Things pinball machine marks his return into pinball. The layout of the game sees some traditional Brian Eddy elements, such as the guarded center shot. 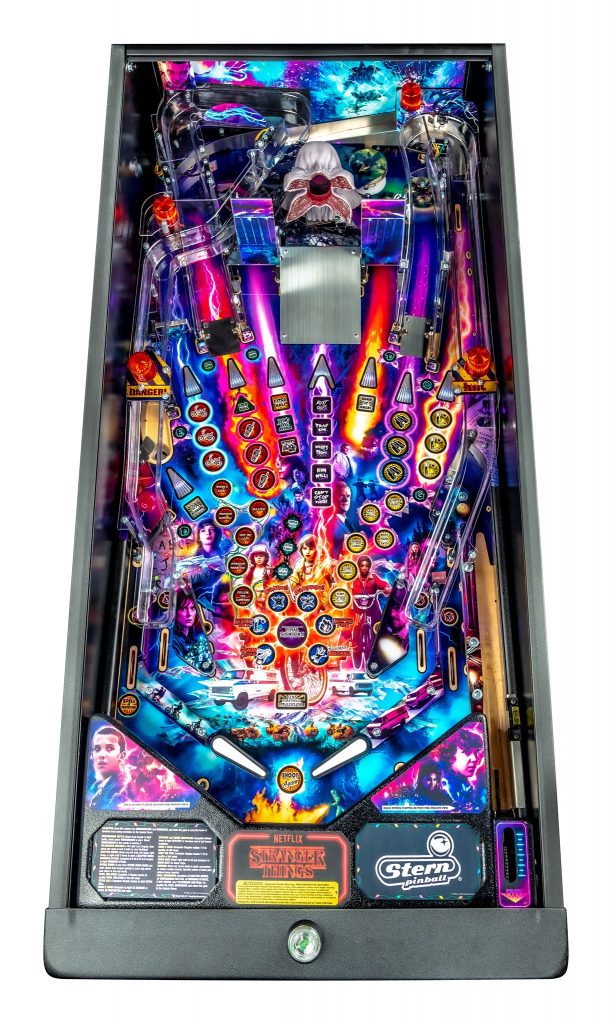 Stranger Things will be available at Stern Pinball distributors soon in three versions: Pro, Premium and Limited Edition. The Premium and LE versions of the game feature a video projector, that projects interactive images on a wall positioned at the center of the playfield. The center of the wall can fold down, similar to the castle bridge in Medieval Madness, becoming a ramp and revealing the Demodog toy behind the wall. The Premium and LE versions also have a telekinetic ball lock where balls are locked on the backpanel of the playfield.

December 23rd, 7:00 PM CST, Jack Danger of Deadflip will be streaming gameplay from the Stern Pinball factory in the company of game designer Brian Eddy. For more info on the game, visit the Stern Pinball website and Facebook page. More details on the game can also be found in this IGN article, in which Zach Sharpe is interviewed.