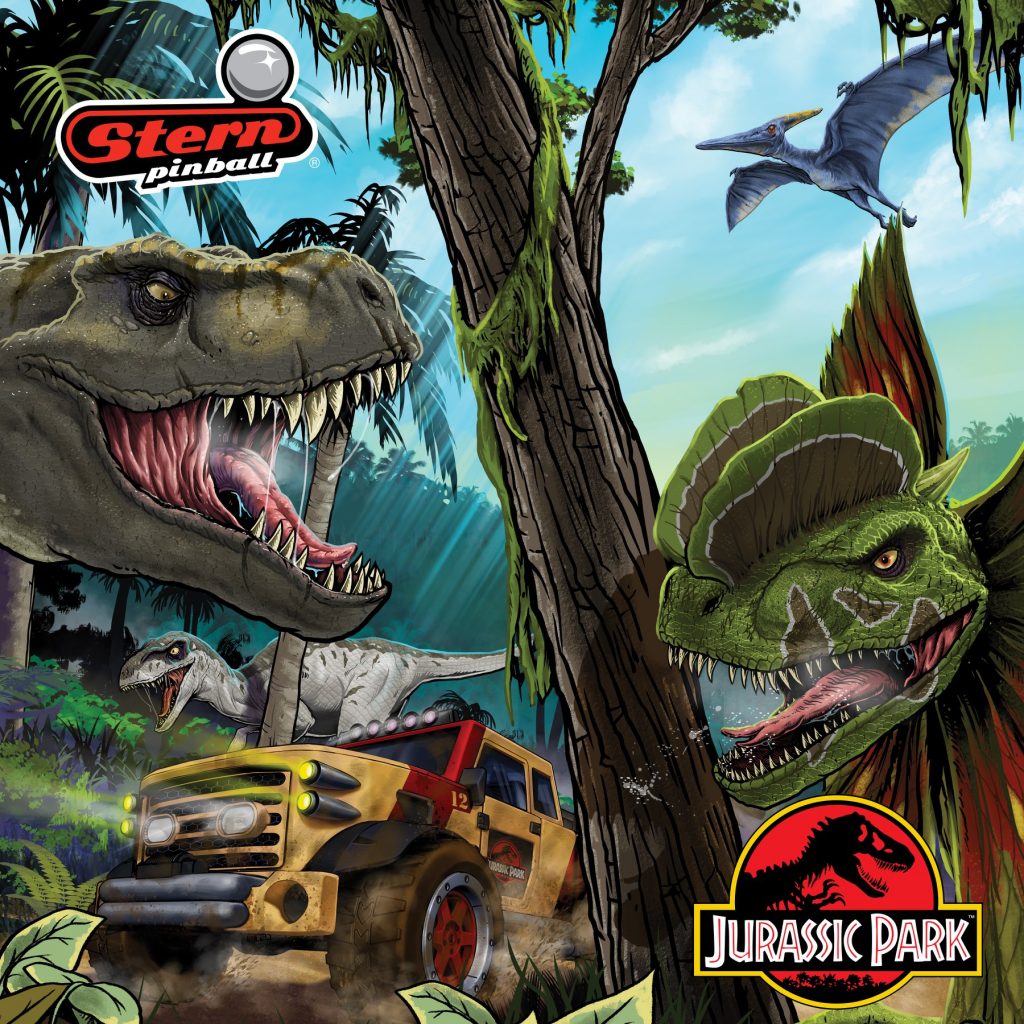 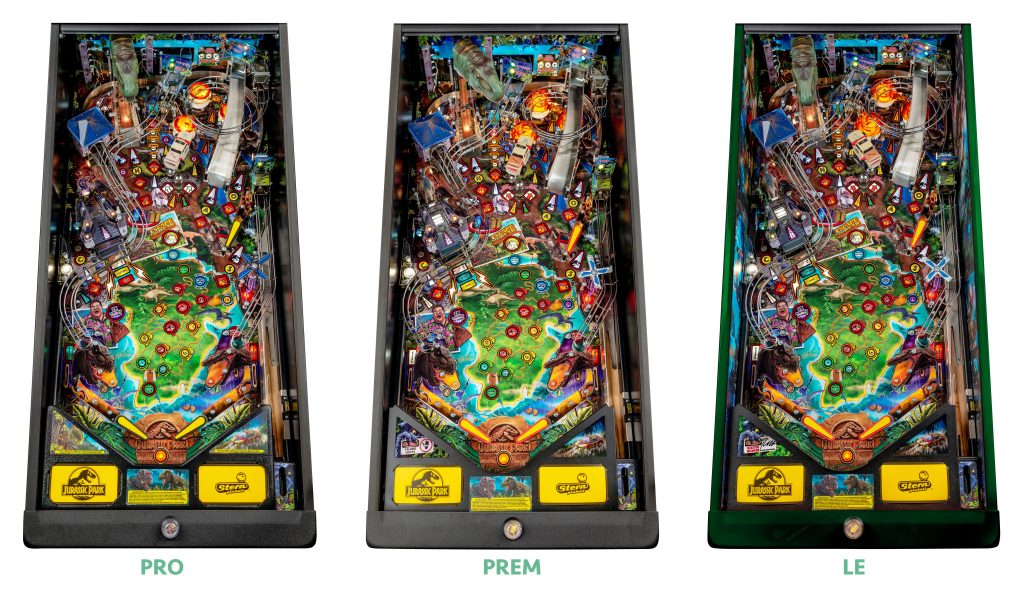 Stern Pinball just officially revealed their new Jurassic Park pinball machine. Earlier this week, low-res images from a webinar presentation for selected distributed had already leaked. The game was announced at 9:30 CST today with a 30-second video in which can be seen how some of the mechanincs in the game work. Here’s what the Stern website says about the game:

Like the blockbuster movie, the Jurassic Park pinball experience generates heart pounding excitement as the player progresses through the game. As the game starts, the player is transported to Isla Nublar, an amusement park where escaped dinosaurs are running amok! The player’s mission is to rescue park staff and recapture dinosaurs from the chaotic environment unleashed by Dennis Nedry’s computer virus. All dinosaurs, however, are not created equal as players will battle Raptors and the mighty T. Rex! The game immerses players in the fun world of battling dinosaurs in an action-packed adventure filled with twists and turns.

The Premium and Limited Edition models feature an amazing animatronic ball-eating, ball-throwing T. Rex that interacts with the ball and the player. These models also include an interactive Raptor and Raptor Pen featuring a ball-lock mechanism guarded by a motorized gate. The action does not let up with unique mosquito-in-amber pop bumpers and a custom metal horizontal helicopter spinner.

“Jurassic Park is a classic film featuring what everyone loves dinosaurs! The game is designed to be easy to play, but difficult to master,” said Gary Stern, Chairman and CEO of Stern Pinball, Inc.

Jurassic Park pinball is available through authorized Stern Pinball distributors and dealers around the world.

Recent Stern Pinball titles include Black Knight: Sword of Rage, The Munsters, The Beatles, Deadpool, Iron Maiden, Guardians of the Galaxy, Star Wars, Aerosmith, Ghostbusters, KISS, Metallica, Game of Thrones, The Walking Dead, Star Trek, AC/DC, Batman, and Spider-Man. A broad range of players enjoy Stern Pinball’s games from professional pinball players who compete in high-stakes competitions around the globe to novice players who are discovering the allure of the silver ball for the first time. To join the fun and learn more, please visit www.sternpinball.com.

About Jurassic World Franchise
From Universal Pictures and Amblin Entertainment, Jurassic World immerses audiences of all ages in a new era of wonder and thrills where dinosaurs and humankind must learn to coexist. Jurassic World is more than a film franchise. At every turn, this $5 billion film series delivers a larger-than-life destination for exploration, discovery, and epic adventure. Dinosaurs live again and they live in Jurassic World. 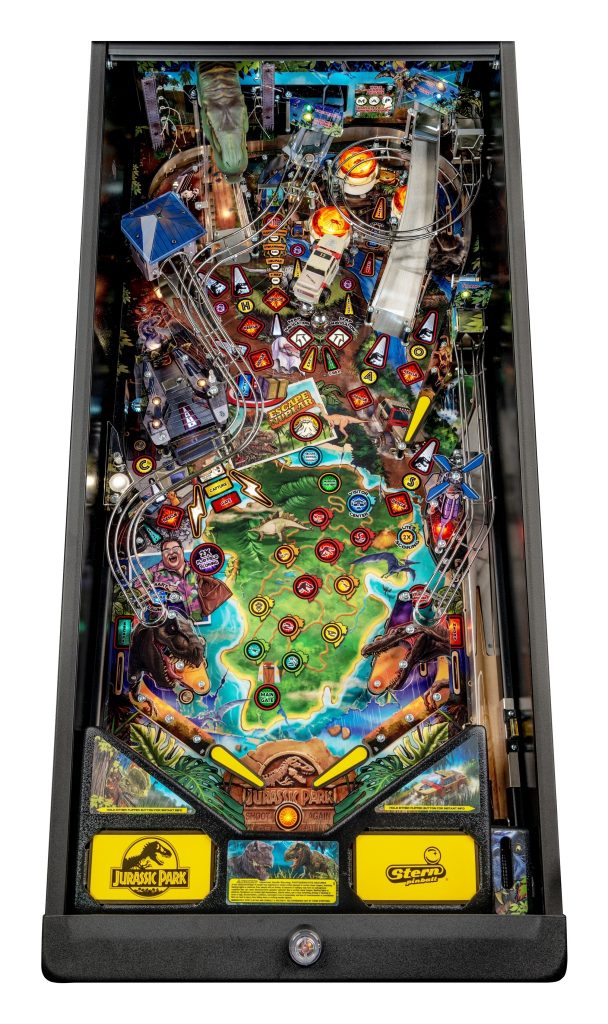 In a special email Stern communicated the following:

Want to see the game in action? Mark your calendar for this Monday, July 29th at 7pm CST where you can watch the reveal Live Stream of Jurassic Park with Jack Danger of Dead Flip and the entire game team at https://www.twitch.tv/deadflip.

Want to play the game?! Make sure you stop by the Stern booth at this year’s ReplayFX show in Pittsburgh, August 1-4.” 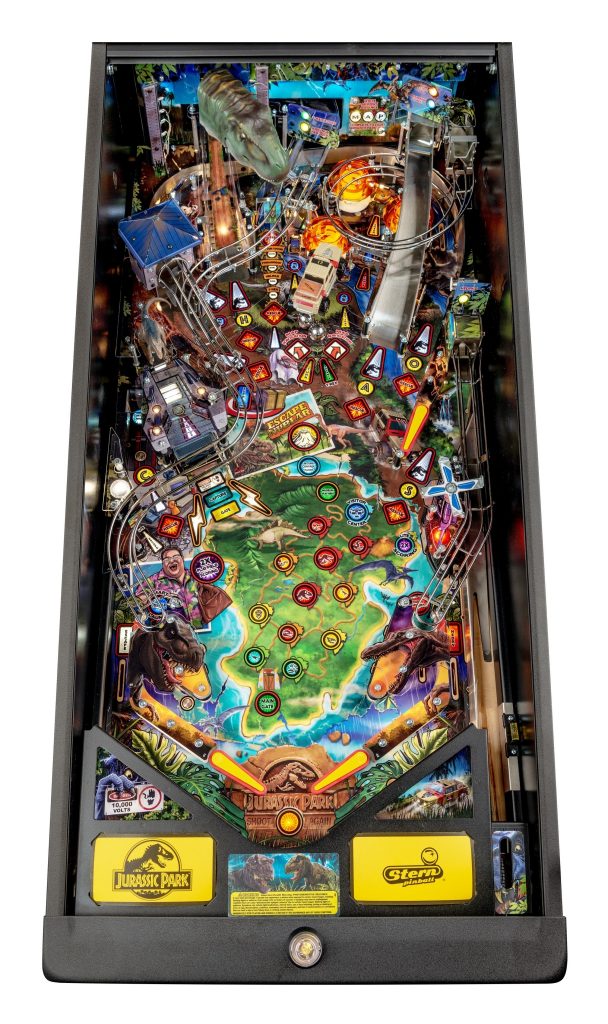 Other fun facts about the new Jurassic Park pinball game: 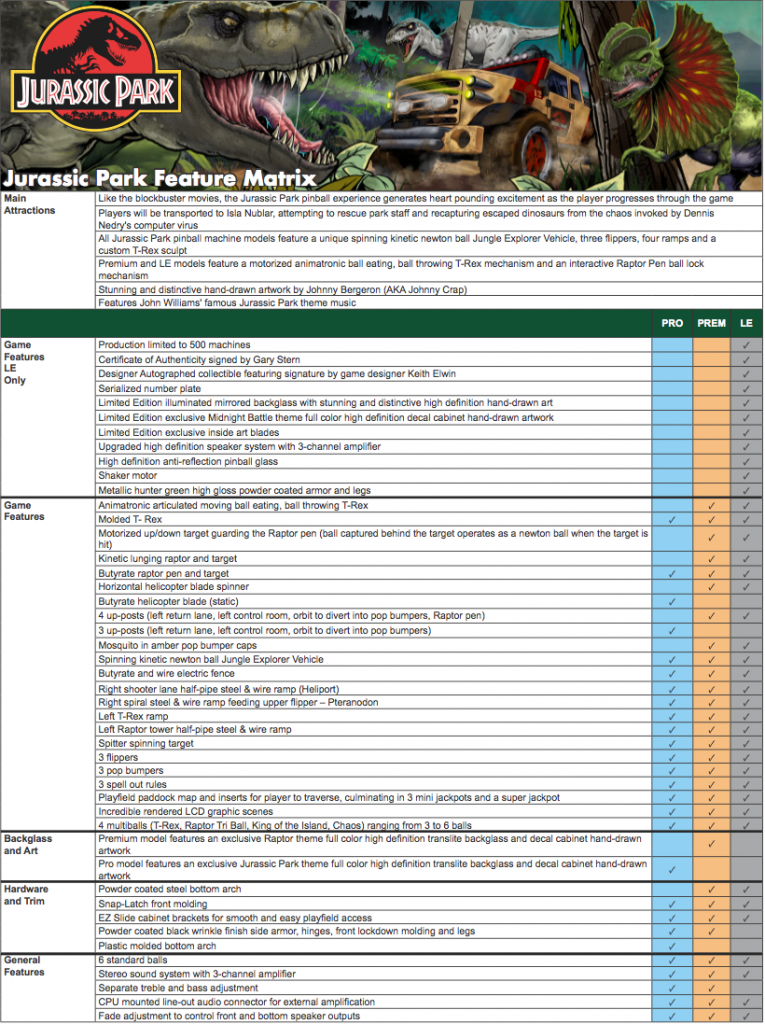