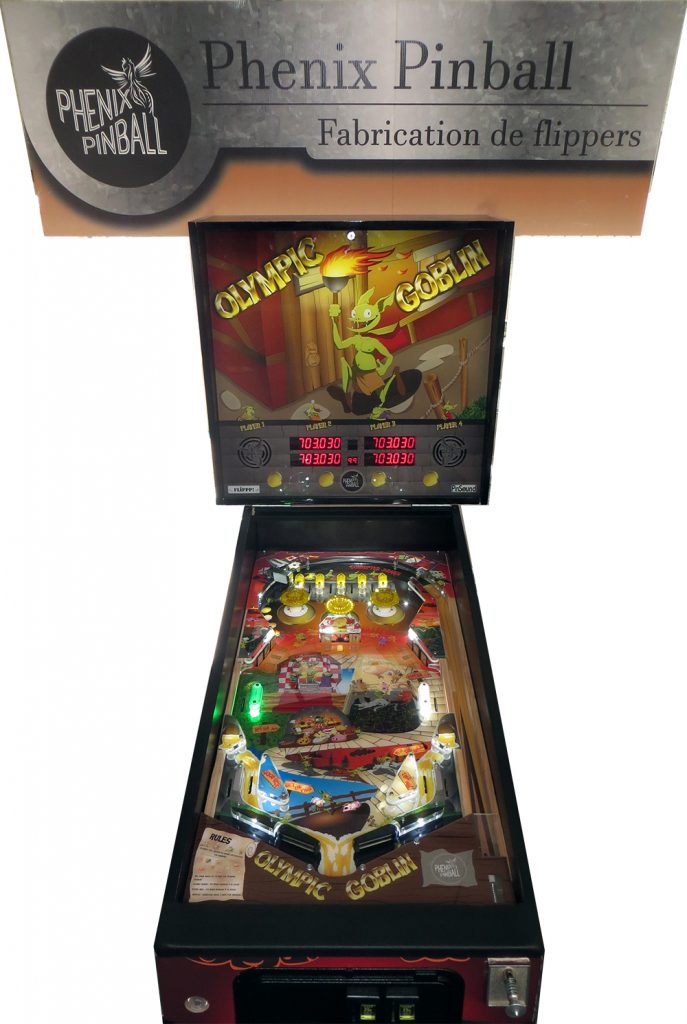 Olympic Goblin as presented by Phenix Pinball at Flip Expo 2018

While Pinball Magazine usually doesn’t review new pinball games, it is always interesting to play new games and report on them. Just before Flip Expo 2018 I had the chance to play Phenix Pinball’s Olympic Goblin. Pinball Magazine reported on this game two years ago, from the same event, when it was still in early development. Since then the game came a lot closer to a finished product, although it’s not completely finished at the moment. 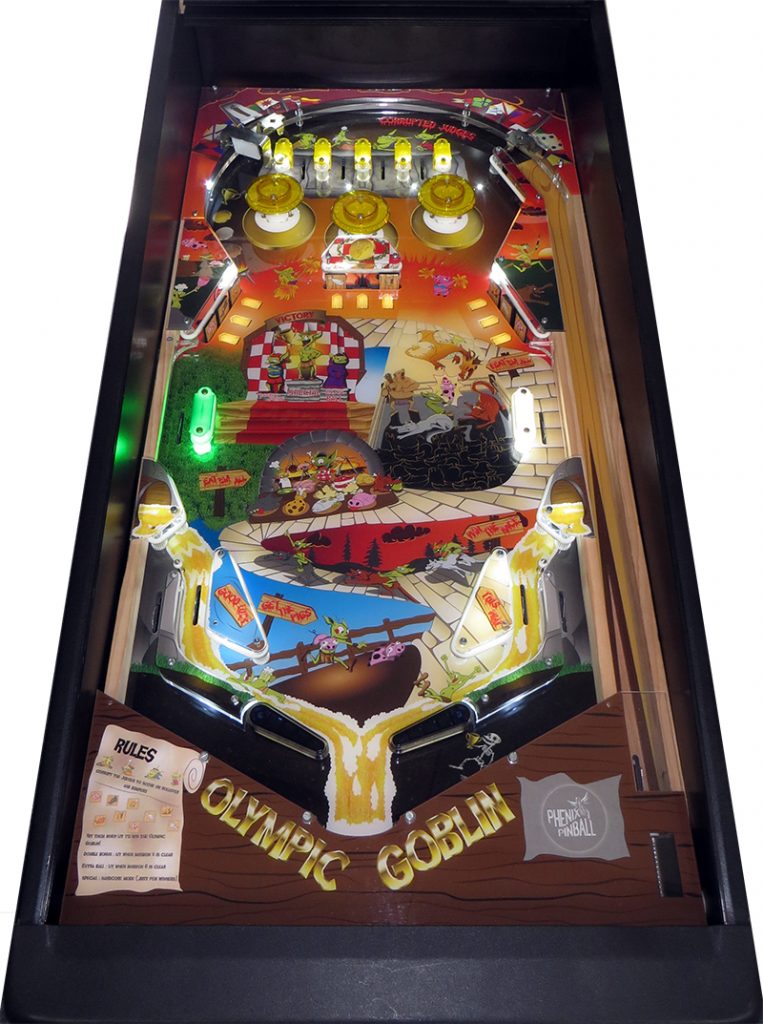 Olympic Goblin is intended as a simple game, a throwback to the days of electromechanical pinball in terms of rule sets: easy to understand, difficult to master, but with a modern twist. Just like on most electromechanical games, most of the rules are indicated on the playfield. On Olympic Goblin mostly in a visual way. The game is about a green Goblin character who is apparently competing in some Olympic tournament, although the sports practiced aren’t actual Olympic sports. There are the following game modes: Get the pigs, Win the race, Eat em all, Beat em all, and the victory stage. All modes are played in order. The game starts with Get the pigs. 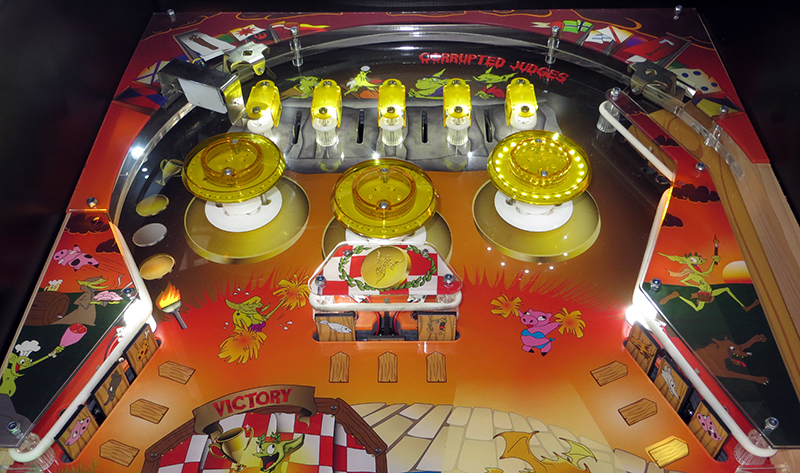 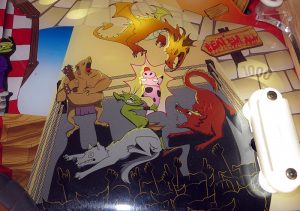 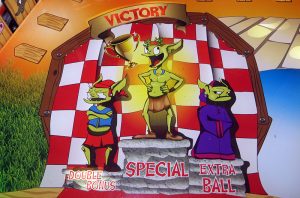 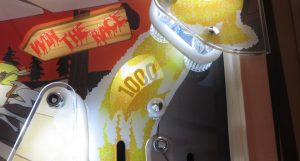 As far as game rules, this is about it. There is no multiball or wizard mode. An easy to understand concept, probably fun for kids to get acquainted with pinball. The game is likely intended to be operated in arcades, camping sites and redemption game centers. A ticket dispenser would be recommended to make the game more interesting for such redemption centers. Tickets could be awarded for completing each mode, where the number of tickets awarded increases with each mode. But at the moment such ticket dispenser isn’t part of the game yet as ticket dispensing games are not allowed in France.

Also interesting to notice is that the game has two “slingshots,” one above each flipper, but they don’t contain a kicker. Despite the lack of a kicker the do bounce the ball around quite good.

Inside the backbox: a PinSound audio board and a driver by Pascal Janin’s Flippp. The display is by Boston Pinball Company.

Ever since the first images of this game were published the artwork has been criticized by many. Yes, it’s a different style than we’ve been used to on most modern pinball games, but the game isn’t trying to compete with those games. What matters is whether kids find it attractive. Pinball Magazine also found out that due to the use of a PinSound audio board, the music and sound effects are fully customizable. It might even be possible to send in custom artwork and have that applied to the game.