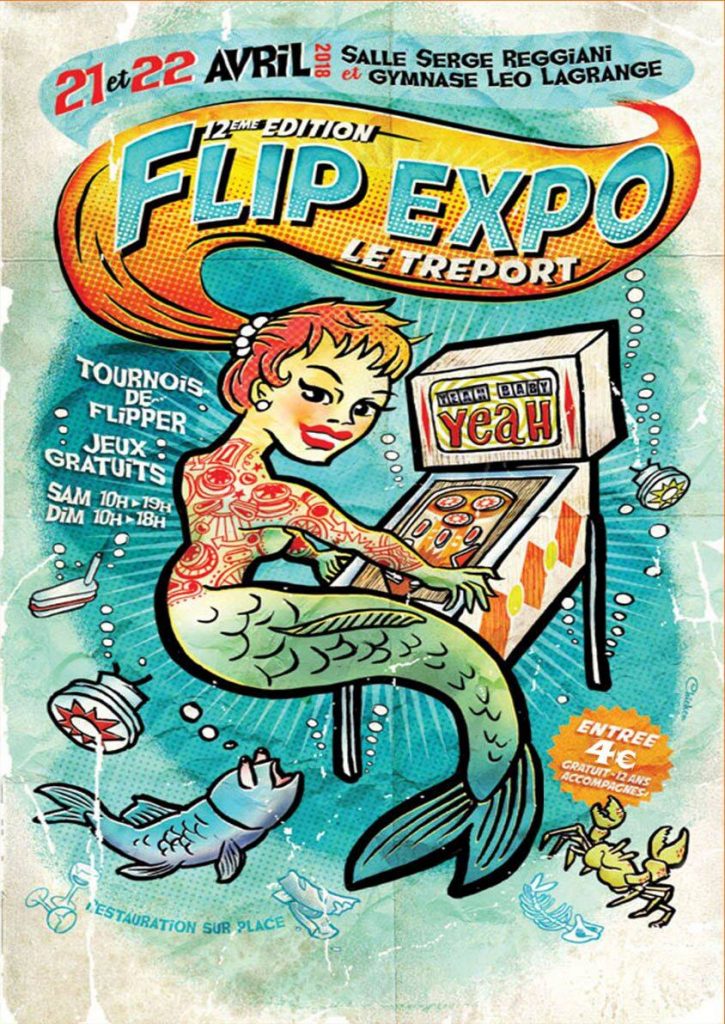 The 12th annual Flip Expo was held April 21 and 22 in Le Treport, France. The show is organized by the Association Silverball. Pinball Magazine was present for the fifth time. Do also check our coverage on Phenix Pinball’s Olympic Goblin, which was presented at the event. 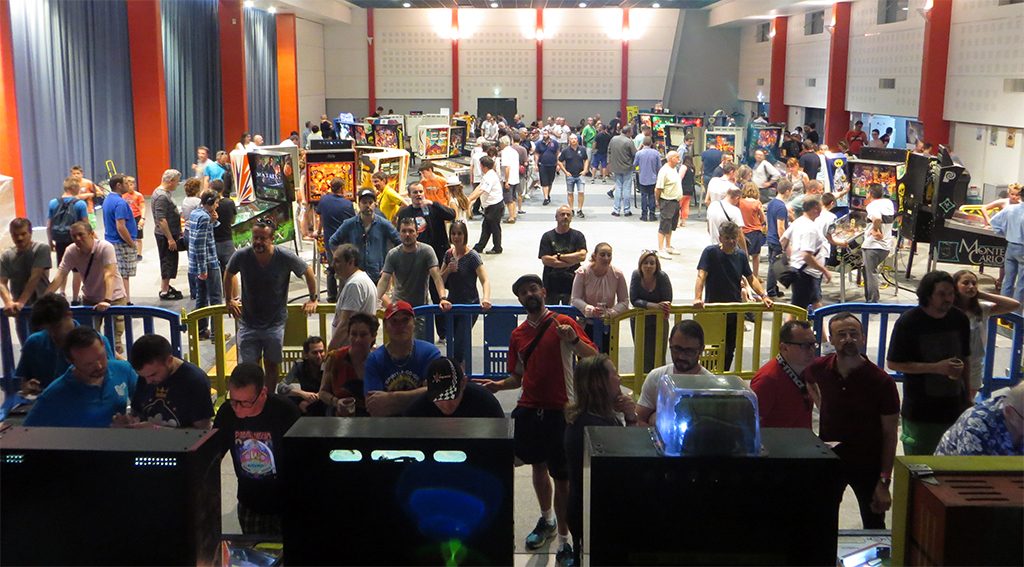 The free play hall with the tournament area in the foreground 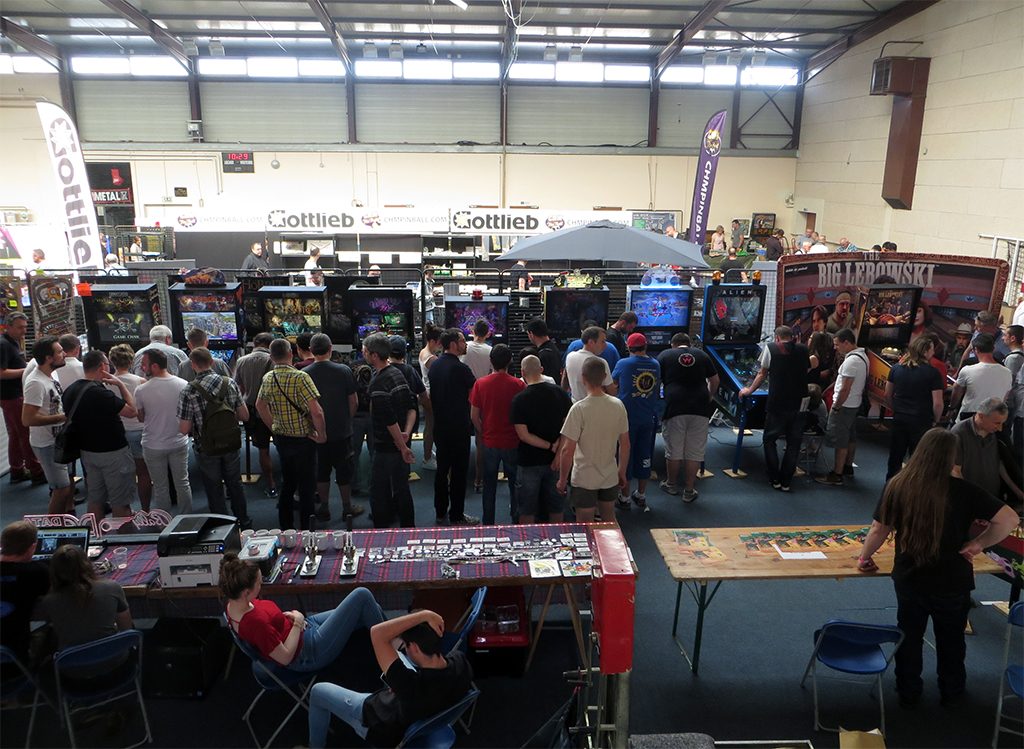 Part of the vendor hall, which had 8 rows of vendors

Flip Expo is hosted in two halls. In the main hall the free play area, tournament area and kitchen can be found. In the other hall all vendors have their stands. As this is a rather large gymnasium hall, the vendors have plenty space in their booths to display their merchandise. Zpeakaboncks probably had the largest stand. Aside from a huge display of all sorts of pinball parts they also displayed nine relatively new pinball machines: The Wizard of Oz, The Hobbit, Dialed In, Pirates of the Caribbean* (all four by Jersey Jack Pinball, Total Nuclear Annihilation*, Rob Zombie Spookshow International*, The Jetsons* (all by Spooky Pinball), Alien LE (Heighway Pinball) and The Big Lebowski* (Dutch Pinball). JJP was heavily represented with games as also Christian Lienard had a booth with four JJP games and another Dialed In was present in another stand. The games marked with an * were shown for the first time in France and there were constantly people waiting to play them. Of coarse there was also the Olympic Goblin prototype Phenix Pinball, which is made in France. 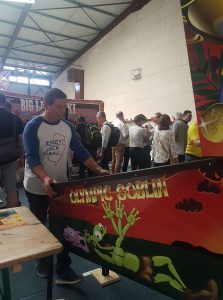 Jersey Jack Pinball’s Jack Guarnieri was the special guest at this year’s event. Although he didn’t do a seminar, he was present both days and talked to everybody who approached him. Pinball News and Pinball Magazine were able to interview Jack in a relatively quitarea outside the venue. Inside it was very noisy and awfully hot due to beautiful sunny weather. The entire inteview is available as a free audio podcast. I the same podcast the event itself is also discussed as well as Phenix Pinball’s Olympic Goblin game. 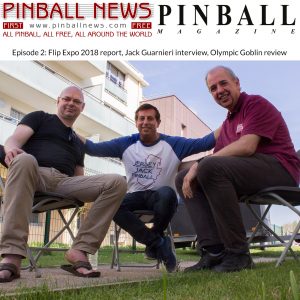 The entre weekend was very warm and sunny, causing the temperature in both halls to go up. Saturday was by far the busiest day, although Sunday wasn’t too bad either. People were still coming in on Sunday afternoon two hours before the show would close. For many coming over to play some pinball is just a fun activity in their free time, but they’re not going to spend the entire weekend at the show.

Saturday evening the show closed and organized a banquet for all vendors, volunteers and those who bought tickets for this banquet. As the weather was so nice, the banquet was held outside in the open air. A catering service brought in a huge grill on which chickens, hams, sausages and steak were grilled. About 150 people joined in and the ambiance was simply great. Absolute wonderful evening that reminded me a bit of the victory dinners for the Asterix comic books. 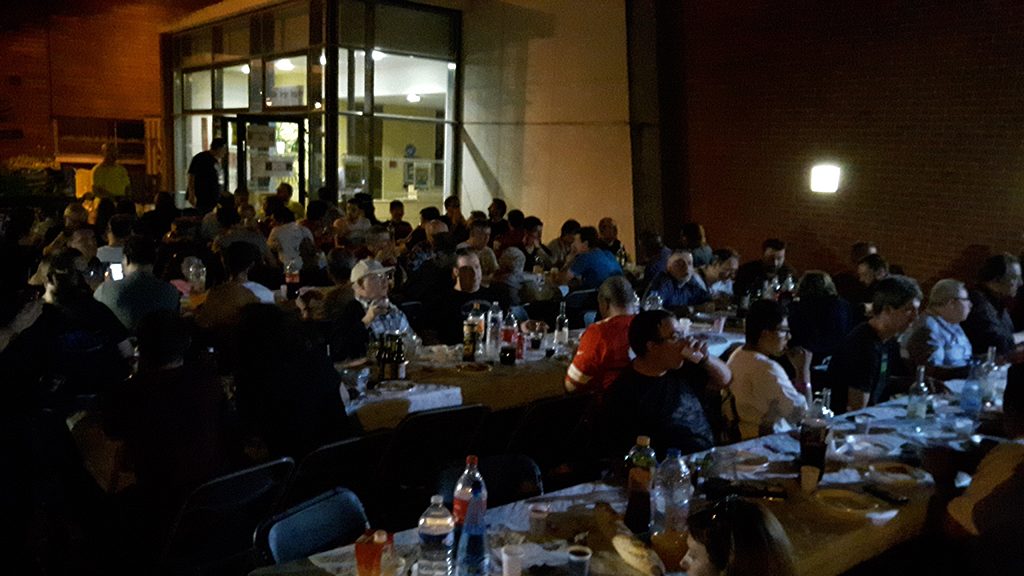 The banquet on Saturday night

The number of games in the free play area was about 40, and included some rare electromechanical gems like Close Encounters of the Third Kind and Charlie’s Angels. Most games were solid-state and wide variety of more modern pinball games. The newest games were all to be found in the vendor hall.

Having attended this show several times, this year’s edition was a very good one. The only complaint is the temperature in both halls due to the sunny weather, but other than that nothing but compliments to the show organisation. I’m already looking forward to next year’s edition.