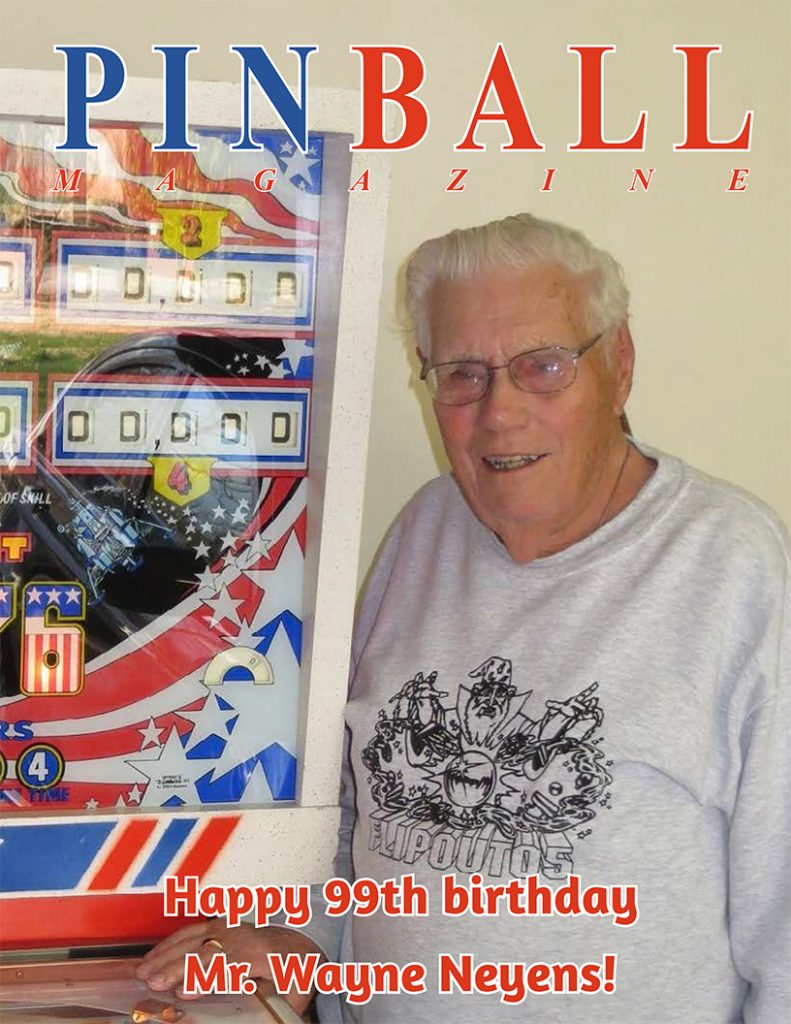 Former Gottlieb pinball designer Wayne Neyens is celebrating his 99th birthday today. Congratulations! Wayne Neyens worked in the coin-op industry from 1936 to 1980. He started designing piball machines in 1948 and his first game came out in 1949. In the next 15 years he designed close to 180 games, of which about 150 went into production. That’s impressive! Among his designs are games like Niagara, Queen of Hearts, Lightning Ball and Gottlieb’s best selling electromechanical game Spirit of 76. Wayne introduced trap holes, gobble holes, roto targets and Add A Ball games to pinball. He also came up with the first 4-player pinball machine. Wayne Neyens will be featured in the special of Pinball Magazine No. 5, which is currently in the works.

In order to do something special for Wayne’s 99th birthday Pinball Magazine announced on the Pinside forum, Facebook and the Pinball Magazine Newsletter it would be collecting birthday wishes for Wayne. Last night the collected birthday wishes were bundled into a sort of special edition of Pinball Magazine. To illustrate it photos of his games – taken by Argentinean photographer Santiago Ciuffo, known for his PINBALL book – were added. These photos will most likely be published later this year. The current document, as sent to Wayne, counts 48 pages. As birthday wishes keep coming in the publication will be updated after the weekend so that all birthday wishes will be in there and send to Wayne again.

Pinball Magazine talked to Wayne last night and congratulated him on his birthday, as in Europe his birthday had already began. He was in the company of his daughters Patty and Betty who I also talked to and they were already having a good time. Wayne will be having more people come over to celebrate his birthday today. Hope he will have a great day!