Day 3 was a blast! It started with meeting Gene Cunningham and his wife Georgianna who are hosting their own Illionois Pinball Show 3 miles down the road of Pinball Expo. Plenty of parts available, including lots of backglasses and playfields. 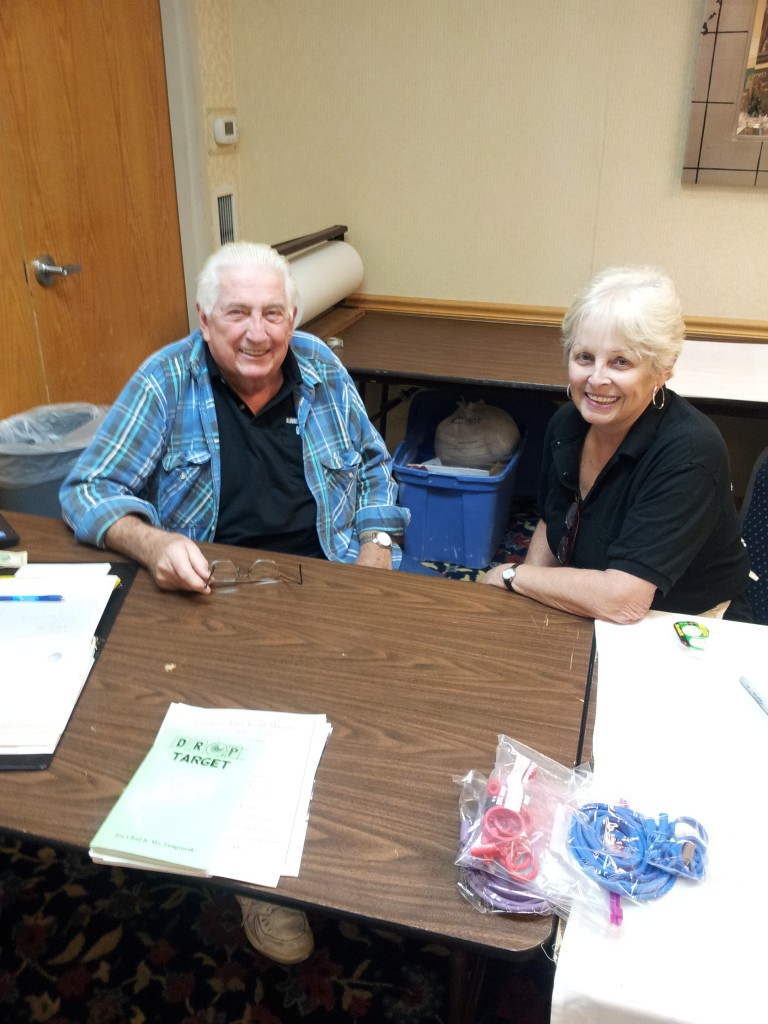 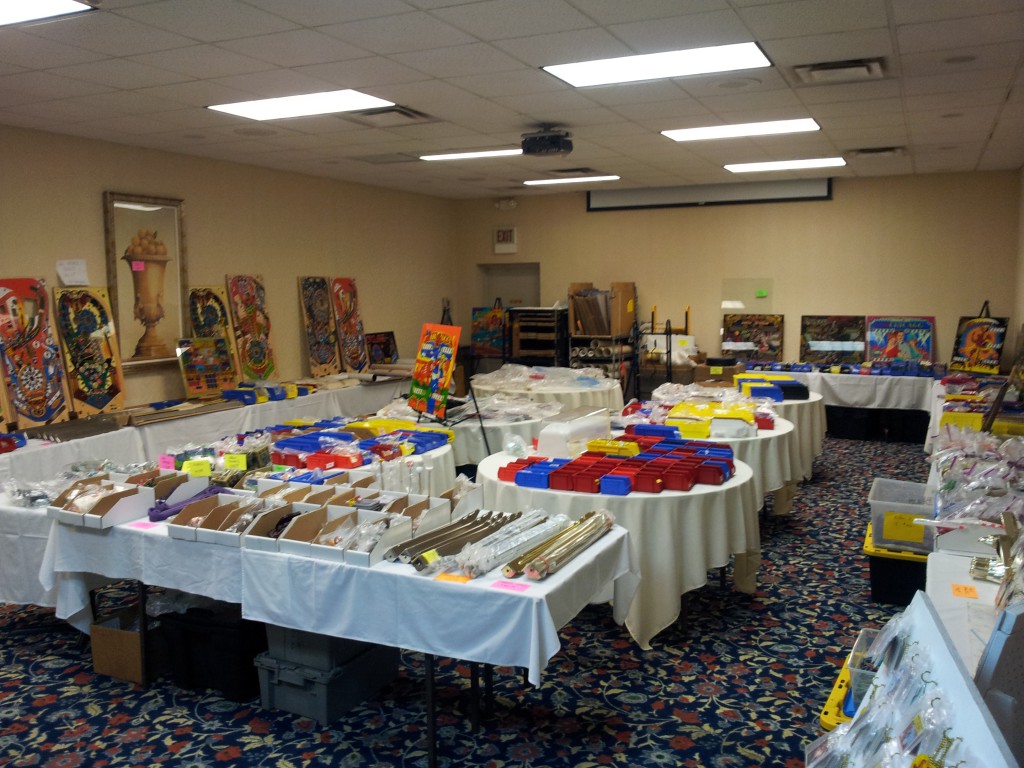 Pinball artist Greg Freres did a seminar on Bally’s Fathom pinball for which he has done the artwork. The seminar also covered some other games designed by Ward Pemberton that carry Greg’s artwork. There were more seminars, but for some reason I was unable to attend them. As Pinballnews.com usually hosts recordings of the seminars I will be checking them later.

I was invited by pinball collector Juris to join the Whizbang team (Greg Freres, Dennis Nordman and their Whoa Nellie! Big Juicy Melons engineers) for lunch at Rams across the street. I felt a bit guilty about ordering a huge burger and then all the others ordered salads. According to Dennis I ordered what they all want to order as well, but their diets prevents them from doing so. The technicians Kerri and Ken, as well as host Juris, shared how they got into pinball after I briefly explaned my ‘history’ in pinball. It was great to hear all their different stories and talk pinball with them.

Pat Lawlor and The Addams Family design team (Larry DeMar, John Youssi, Chris Granner, their mechanical engineer (can’t remeber his name at the moment, sorry) and Roger Sharpe) did a seminar celebrating the 20th anniversary of breaking the record for most sold pinball machine. After their seminar I met most at the bar. Larry DeMar, and during the weekend many others as well, signed their page in Pinball Magazine as that copy will be auctioned for charity on saturdaynight.

I had drinks with John Greatwich of Greatpinball.com, who kindly had offered to share his booth in the exhibit hall with me. Thanks John! While I sat with John at the bar I met Jeremy Fleitz who provided lots of photos for Pinball Magazine issue 1. Jeremy hosts the Louisville Pinball Show which may be an interesting event to visit in the future.

I was introduced to multitalented pinball designer Python Anghelo by Phoebe James Smith in the lobby. Python also attended the Jersey Jack Pinball charity diner with the members of the Wizard of Oz design team. I went over to just say hello, but we basically talked for the rest of the diner. Prior to the JJP diner I briefly joined the Mark & Steve Ritchie fireside chat. After the dinner I joined Mark Ritchie and his wife Trudy for dinks in the bar, which was great fun.

Later that night I was discussing the differences between PinGame Journal and Pinball Magazine with PGJ editor Jim Schelberg. Basically I see the two magazines and apples and oranges. Jim sees it more as small apples and big apples and he seems not to happy about the new bigger apple called Pinball Magazine. While he fears he may lose subscribers once their subscription ends due to pinball magazine, I pointed out PGJ covers lots of topics and articles that would not be published in Pinball Magazine. So far I only heard people being happy with both magazines. The more the marrier.

I got up at 6 a.m. and took a cab to my hotel at 2.30 am. It was a wonderful day in which I also sold almost all of the copies of Pinball Magazine I brought with me 🙂