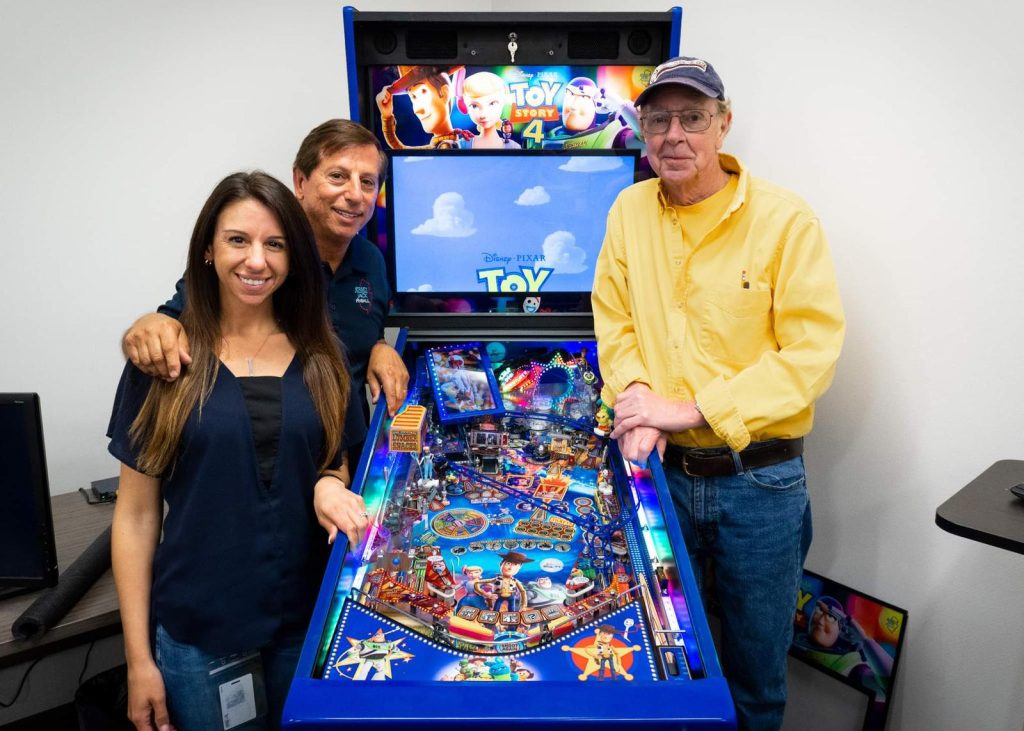 “Yesterday Jersey Jack Pinball received orders for over $30 million dollars worth of Toy Story games! I believe that to be a record for sales of a new game in one day in the history of the amusement business!

On Collector Edition games, we sold 1,000 games in two minutes, fifty seconds at $15,000 per game! Of that around 900 to distribution and 100 in direct sales from the JJP Website. This eclipsed the record set with our last release, Guns N Roses of 500 games which sold out in 27 minutes in October of 2020.
The balance of Toy Story game sales on day one were the Limited Edition games which sold for $12,000 each. We are in the process of shipping hundreds of Limited Edition games now, with the Collector Edition games slated to start shipping this Autumn.
That was only day one!!“
Congatulations to everybody involved at Jersey Jack Pinball, and JJP distributors. Jack Guarnieri will be a special guest on the next Pinball Magazine & Pinball News PINcast, which will become available at the beginning of July.
Categories: News
No comments yet…