While Dutch Pinball moved to new premises quite some time ago, they never had a chance for a proper housewarming party due to Covid-19. So a long overdue housewarming party was held May 27th, which happened to be a few days after the birthday of owner Barry Driesen as well. Pinball Magazine was invited and below are is a photo impression of the party and factory. 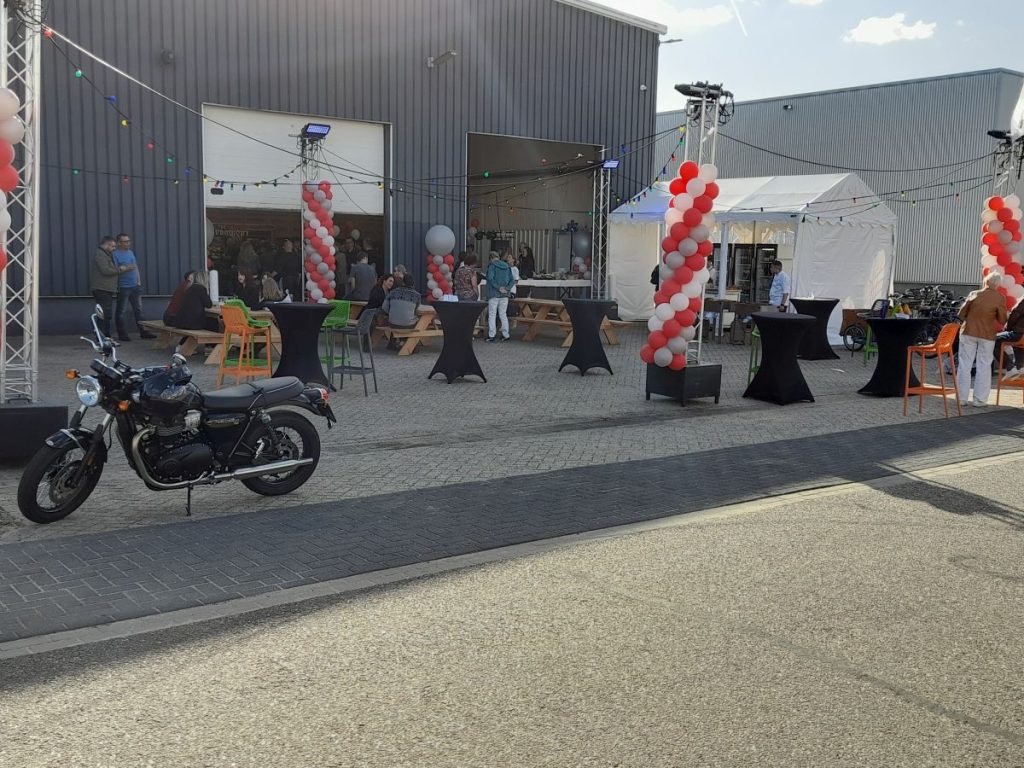 Here’s where the party’s at. The outside parking lot was used to seat the guests

Picknick tables were place so guests could sit down and enjoy their dinner. 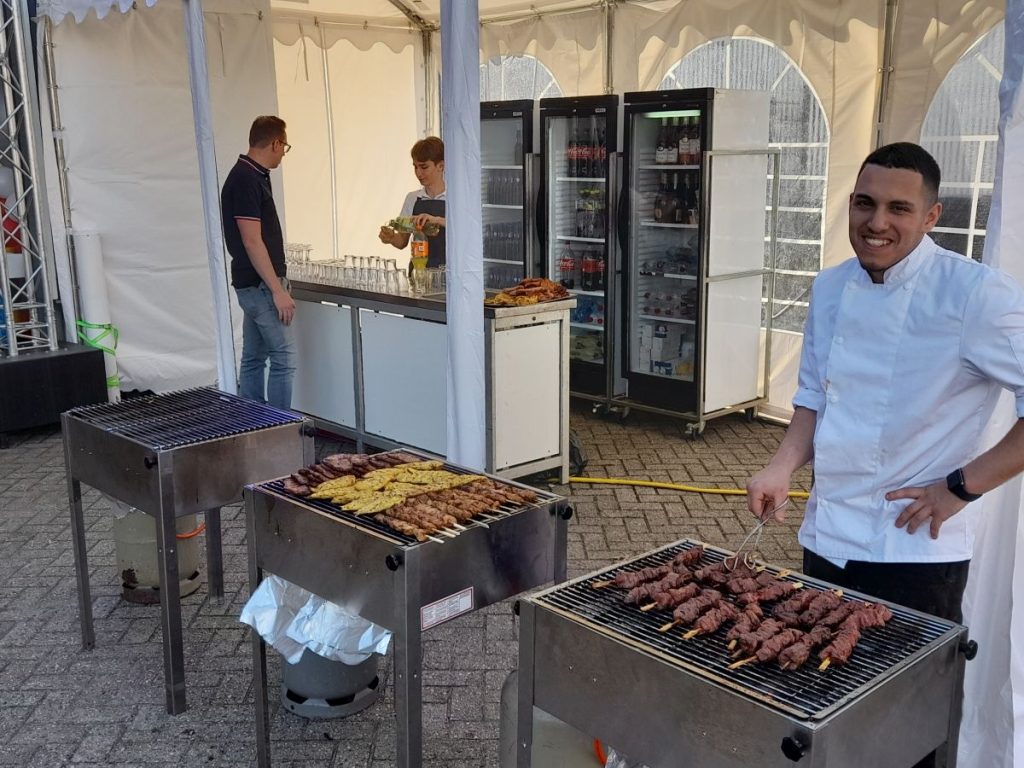 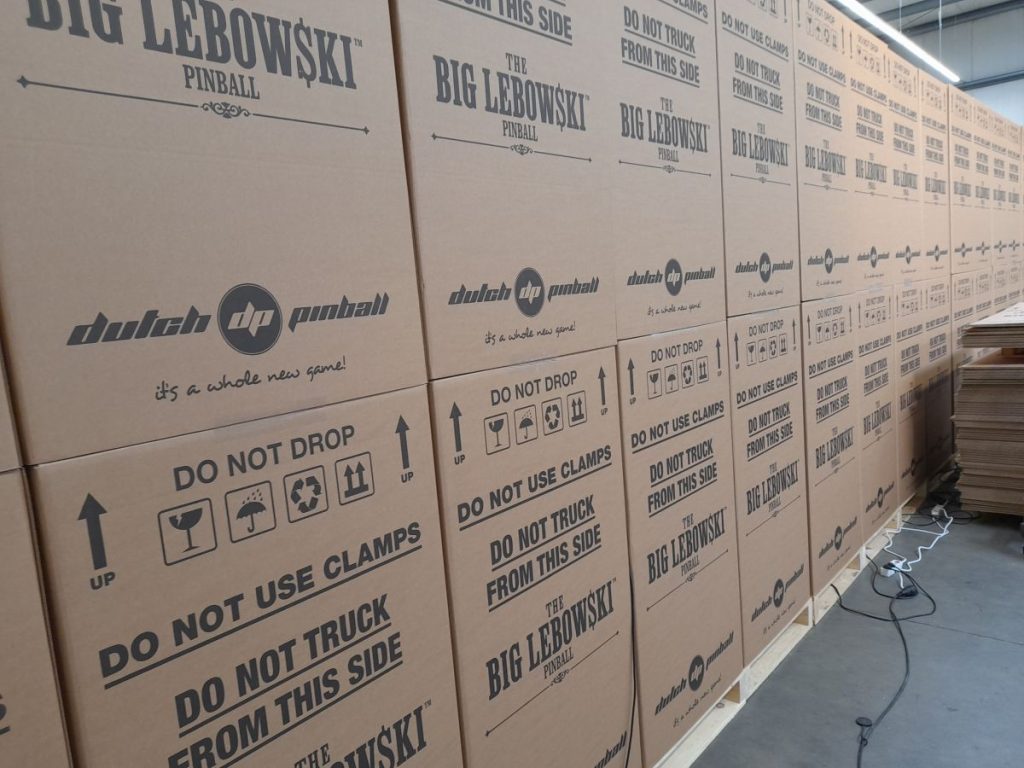 A wall of boxes seperated the factory area from the party area. 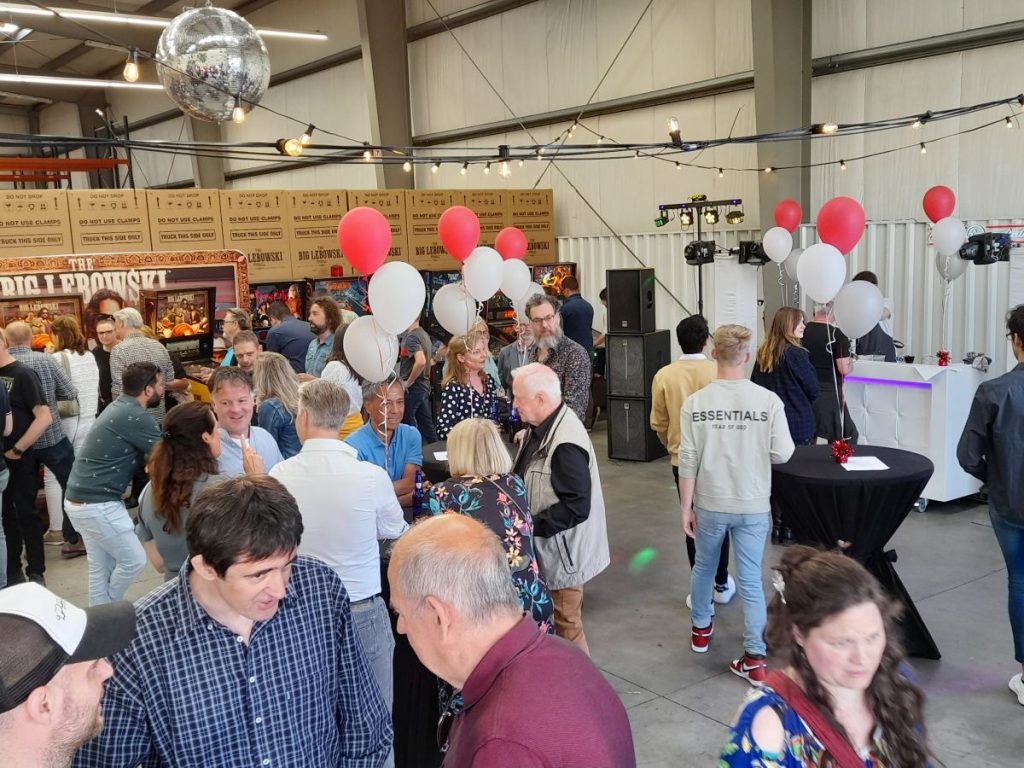 The party area, with about a dozen of various pinball games to be played, as well as a cocktail bar. 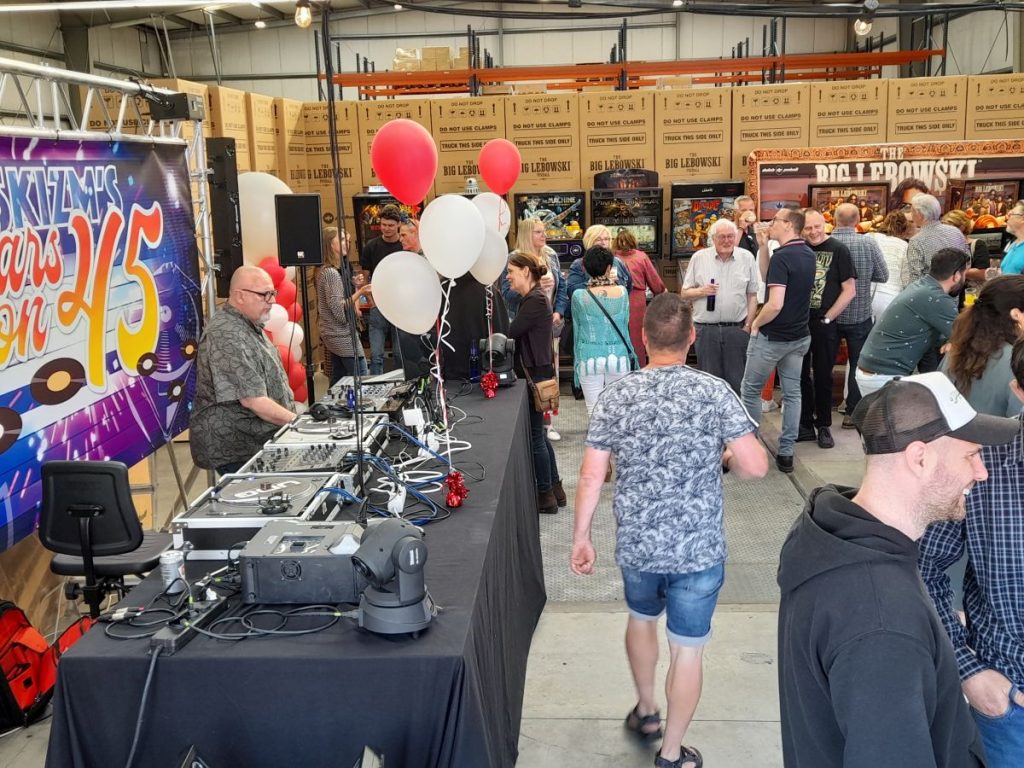 Music was provided by a local DJ. After dinner, crates of 7″ vinyl singles were revealed so guests could look for a record to be played. 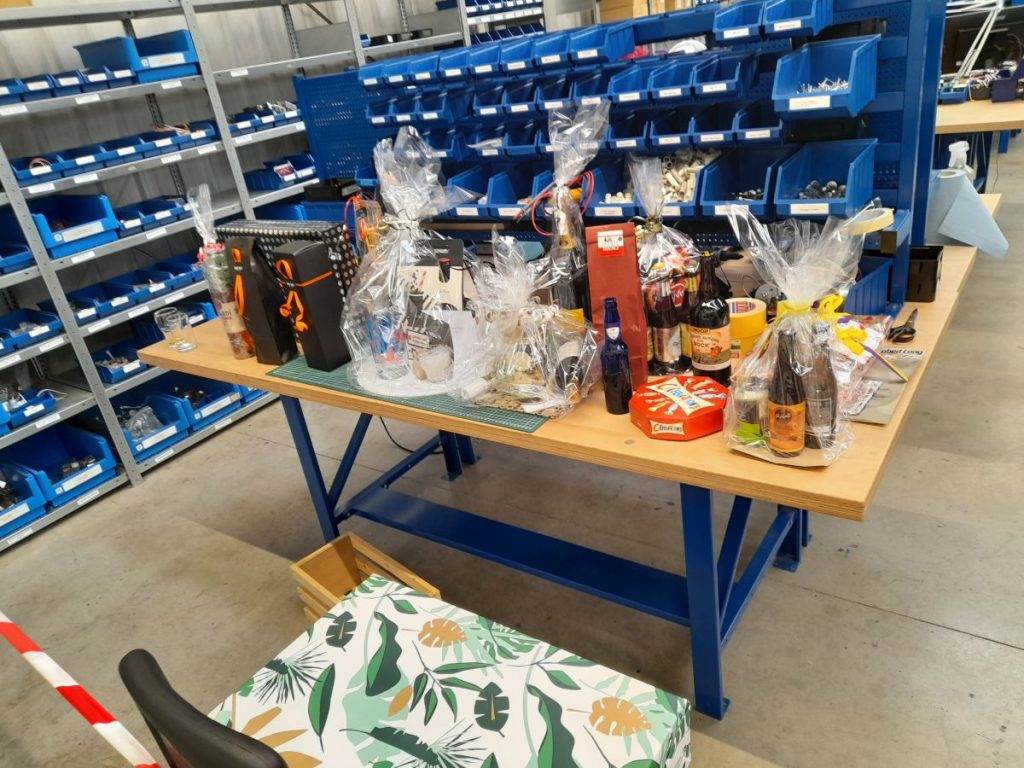 Guests brought all sorts of gifts, although most of it looked like alcoholic beverages. 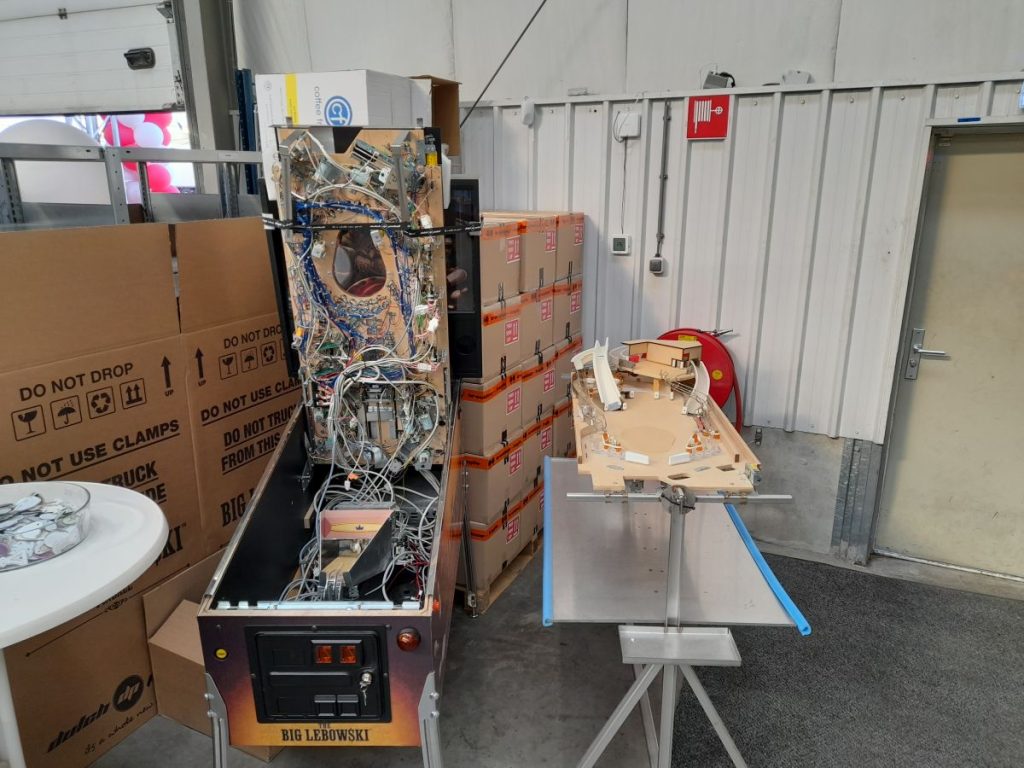 At the entrance of the factory area these games were displayed. On the right is the first whitewood for The Big Lebowski. On the left is one of the first prototypes that was shown at Pinball Expo in 2014. 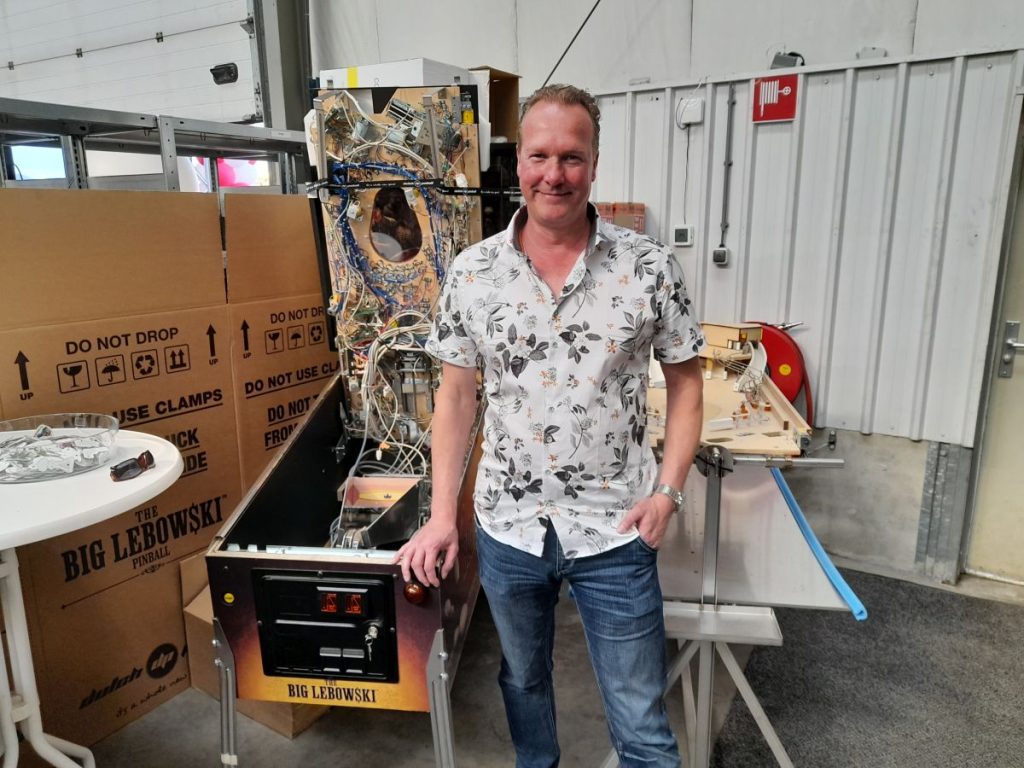 Dutch Pinball-owner Barry Driessen at the start of a factory tour. 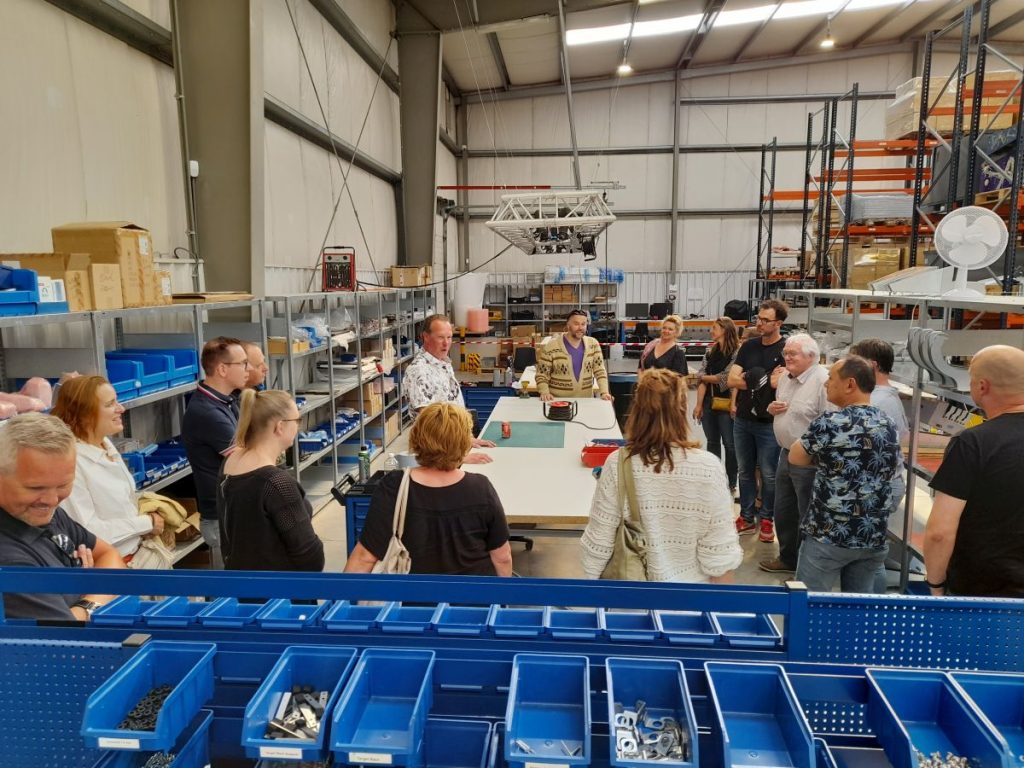 The sub assembly assembly area, where parts like the bowling alley, the upper playfield, and other assembled parts are put together before being put in game. 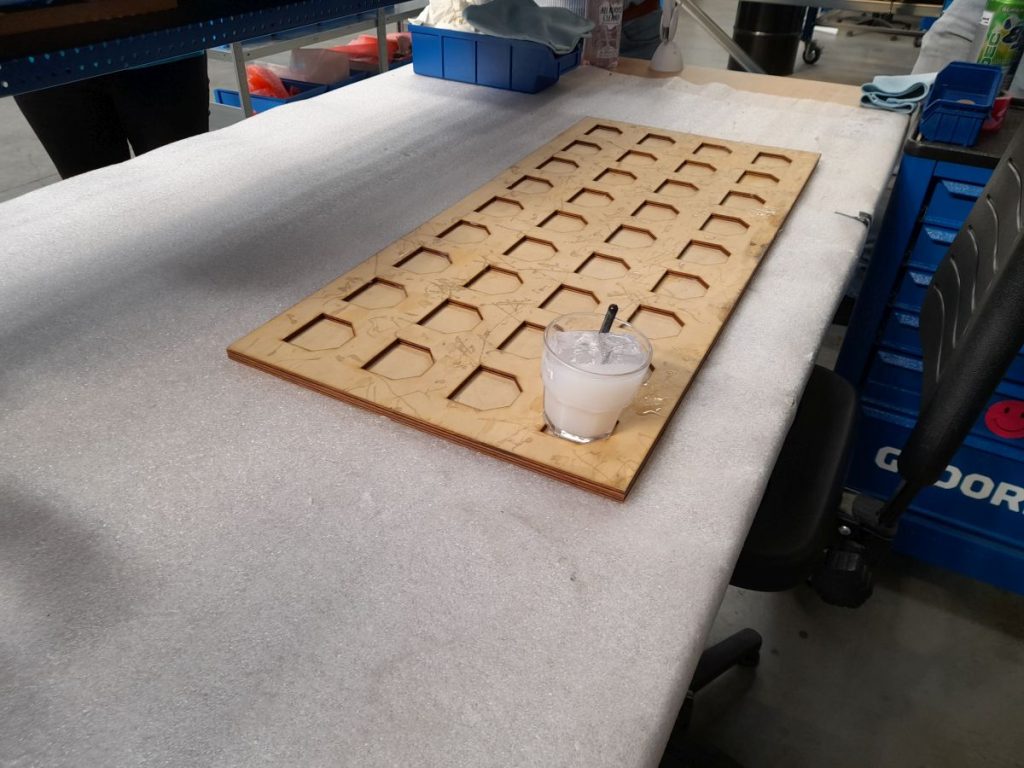 The mold to make the white russion glasses under a specific angle. These are usually made by Barry’s daughter, who also works in the factory.

Barry explaining how the playfields are assembled on various rotissary stations. 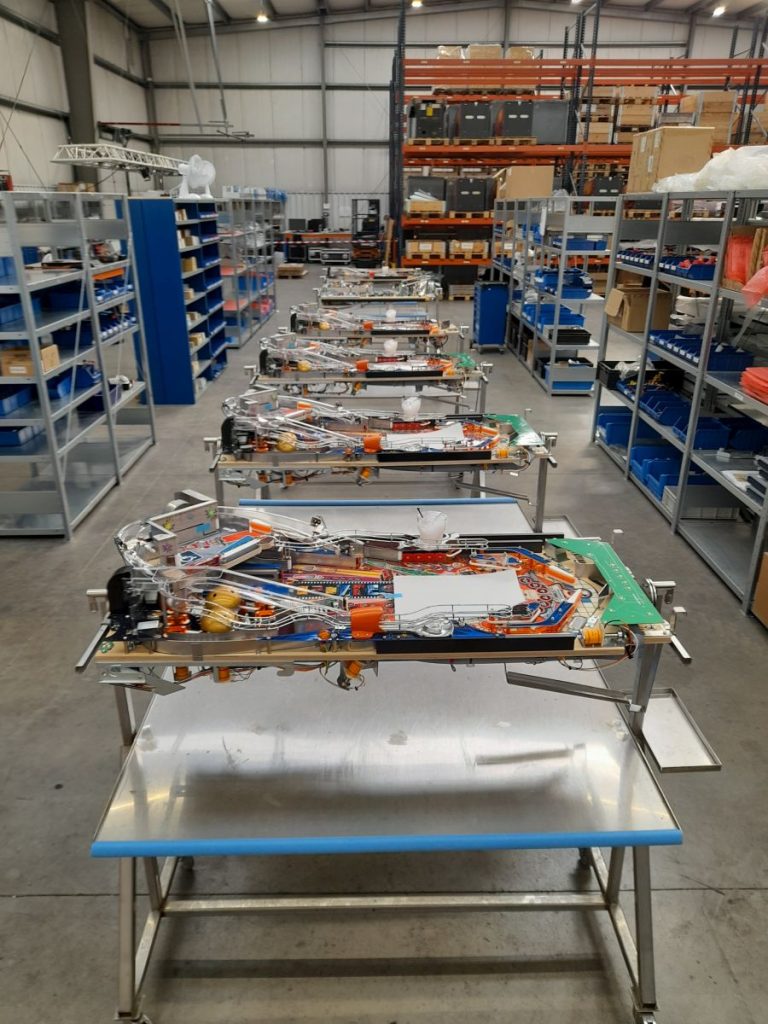 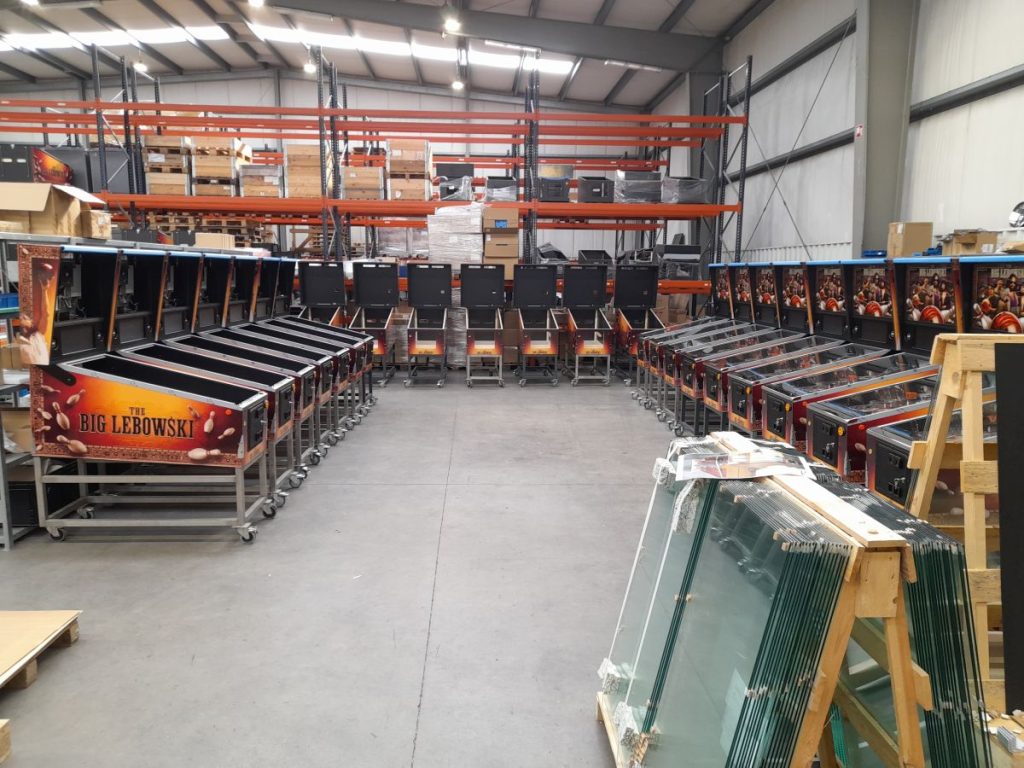 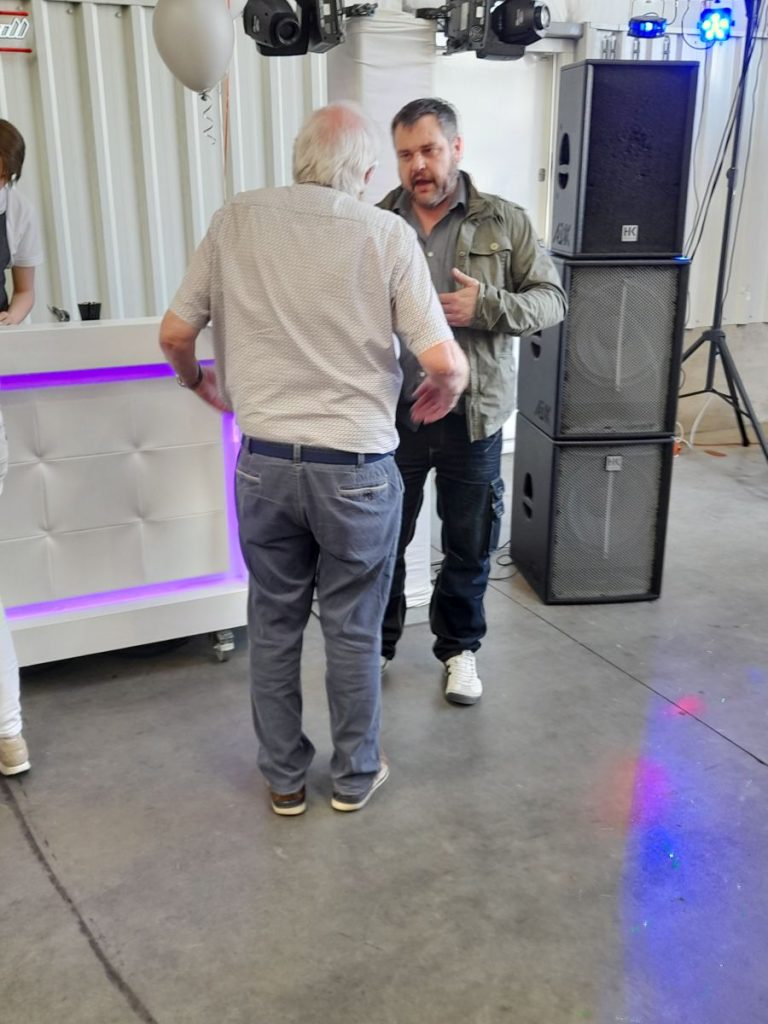 From behind it looked like someone from the competition was visiting as well, but it turned out to be Barry’s father.