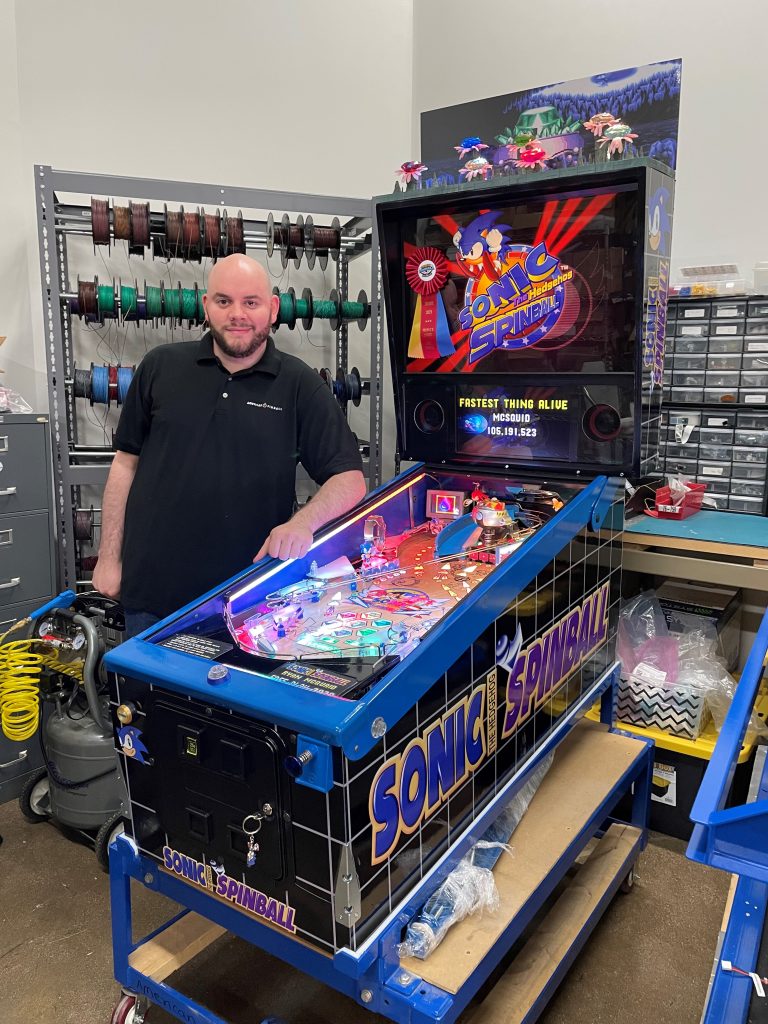 Ryan McQuaid is a restoration specialist and competitive pinball player turned game designer. Creator of the award-winning home-brew pinball machine Sonic the Hedgehog Spinball, he combines classic and modern ideas to create unique experiences that are both innovative and familiar.

Ryan is perhaps best known for his Sonic the Hedgehog Spinball home-brew machine. He began development of the game in 2019, often posting development updates and live streaming the build process.  Sonic’s first appearance was at the Virtual Pinball Expo in 2020, and the game debuted physically at Pinball Expo and Pintastic 2021, where it won the award for best custom game.

Ryan has been restoring pinball machines since 2016. He won a triple-crown best in show award for his work at Pintastic in 2019, where he also debuted his eye-catching, functional model roller coaster topper for Roller Coaster Tycoon. Ryan is an active member of the competitive pinball community on the east coast. He has won the IFPA New Hampshire state championship and is a member of the New England Pinball League with two championships under his belt.