Pinball Expo is currently taking place at the Renaissance Hotel in Schaumberg, Illinois. The event has a packed seminar program. Similar to the virtual 2020 edition of the event, many seminars will be streamed on Pinball Expo’s Twich channel. On Thursday, October 27th, streaming of the seminars only started during the 6:00 PM seminar of Todd Tuckey and Frank Lindenmuth. That seminar was followed by a seminar of American Pinball and a fireside chat Q&A with veteran pinball designer Pat Lawlor. The recorded livestream of Day 1 can be watched on Twitch. 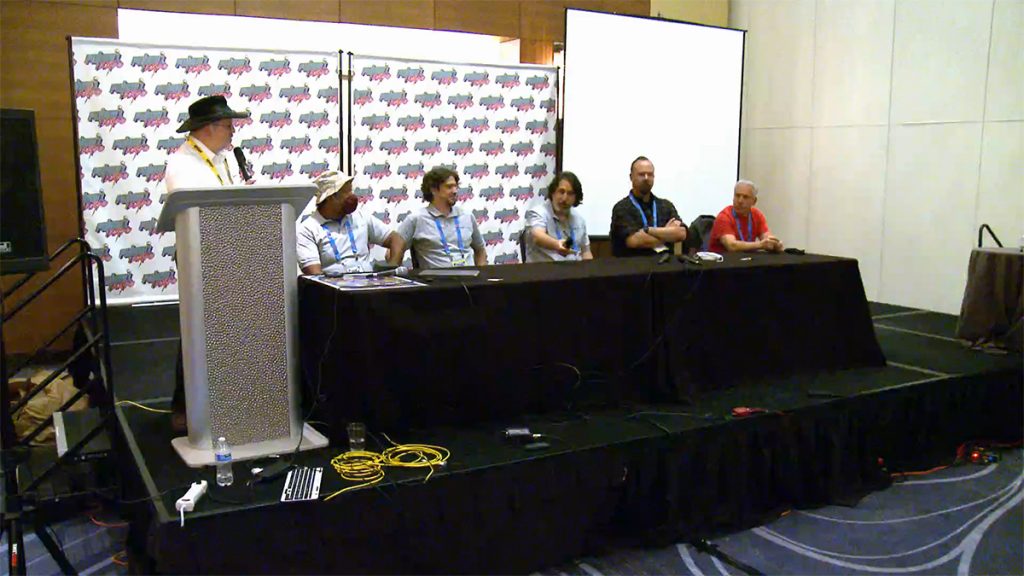 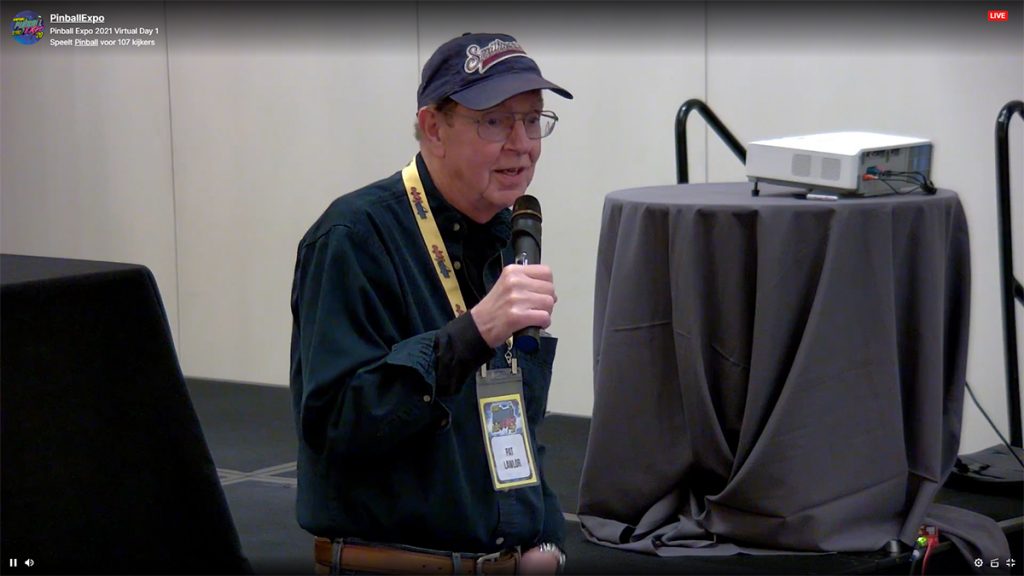 Pat Lawlor during his fireside chat

Below is a listing of the seminars of Day 2 and livestream link:

Below is a listing of the seminars of Day 3 and livestream link:

This article will be updated as Pinball Expo ’21 continues.

Also check out the in-depth coverage of Pinball Expo on Pinball News.