Pinball Magazine publishes a free monthly newsletter in which the pinball industry news from all pinball manufacturers is summarized. You can subscribe to this newsletter in the right column of this website. Below is the newsletter for January 2020 + the first week of February 2020. 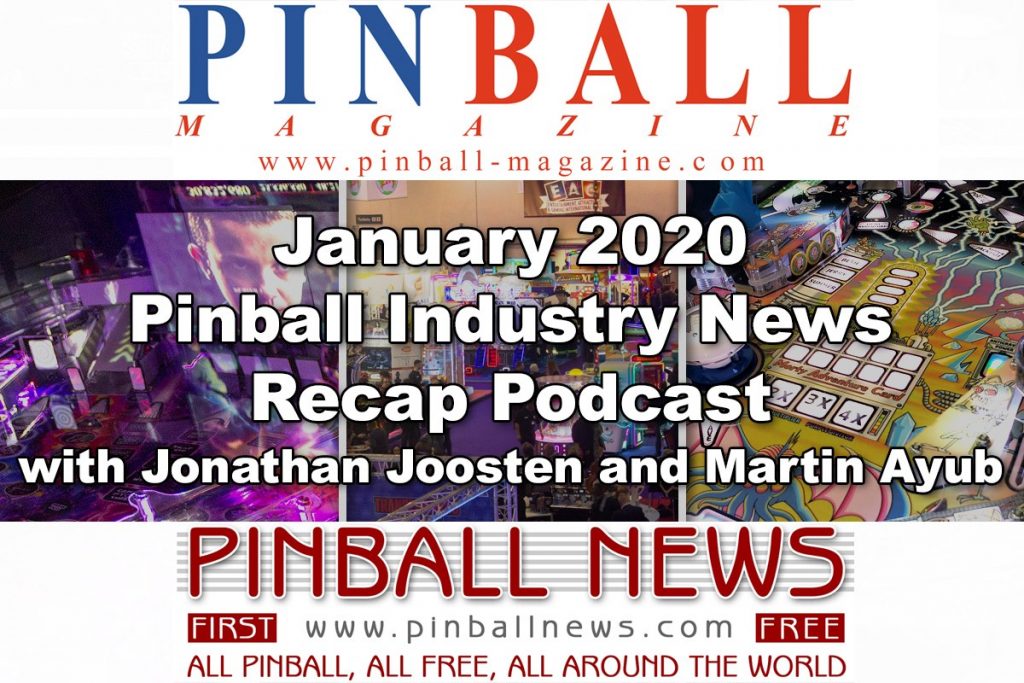 Welcome to a new pinball industry news recap from the editor of Pinball Magazine. In this email, I’m looking back at the news from January 2020, as well as the first week of February 2020. Most of the news in this newsletter is also discussed in the free Pinball Magazine & Pinball News podcast, which was released at the end of January. While January didn’t see any new game reveals, there still is a lot of news to report. Please note that at the bottom of this newsletter, I’ll be addressing a music-related matter, that might also be pinball related, and for which your feedback is appreciated. 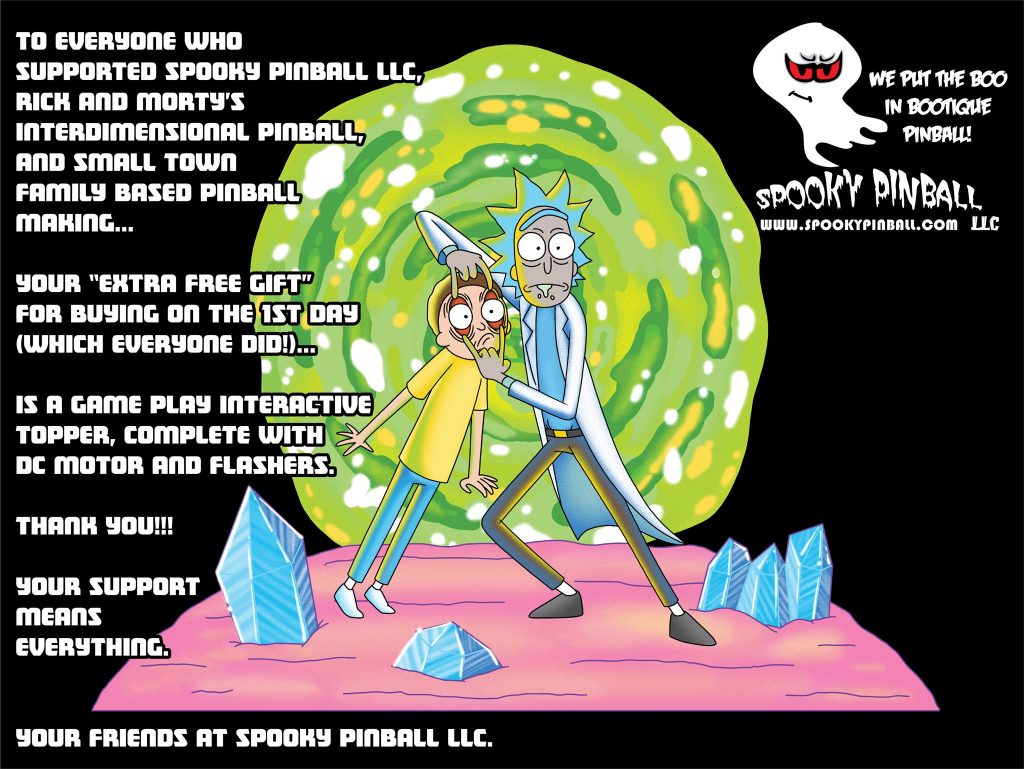 Spooky Pinball surprised the pinball community with the announcement that all 750 customers of the sold-out Rick and Morty pinball will be receiving a free animated, motorized topper mounted on their game. The topper itself hasn’t been shown yet, but it can be seen in a Facebook video in which Charlie Emery is giving a small factory tour of the Spooky Pinball facility. It appears to be a spinning green portal with Rick and Morty positioned on a flat plastic in front of it.

On February 5th Spooky Pinball shared the first Rick and Morty gameplay video on Youtube. In this 15-minute video, a 3-player game of Rick and Morty can be viewed, including audio and voice calls. While I’m not familiar with the Rick and Morty series, I heard some pretty funny voice calls. Humor always works for me in pinball 🙂

The Rick and Morty pinball could also be seen on Adult Swim’s “Stupid Morning BS” that aired February 6th at 5:00 PM. 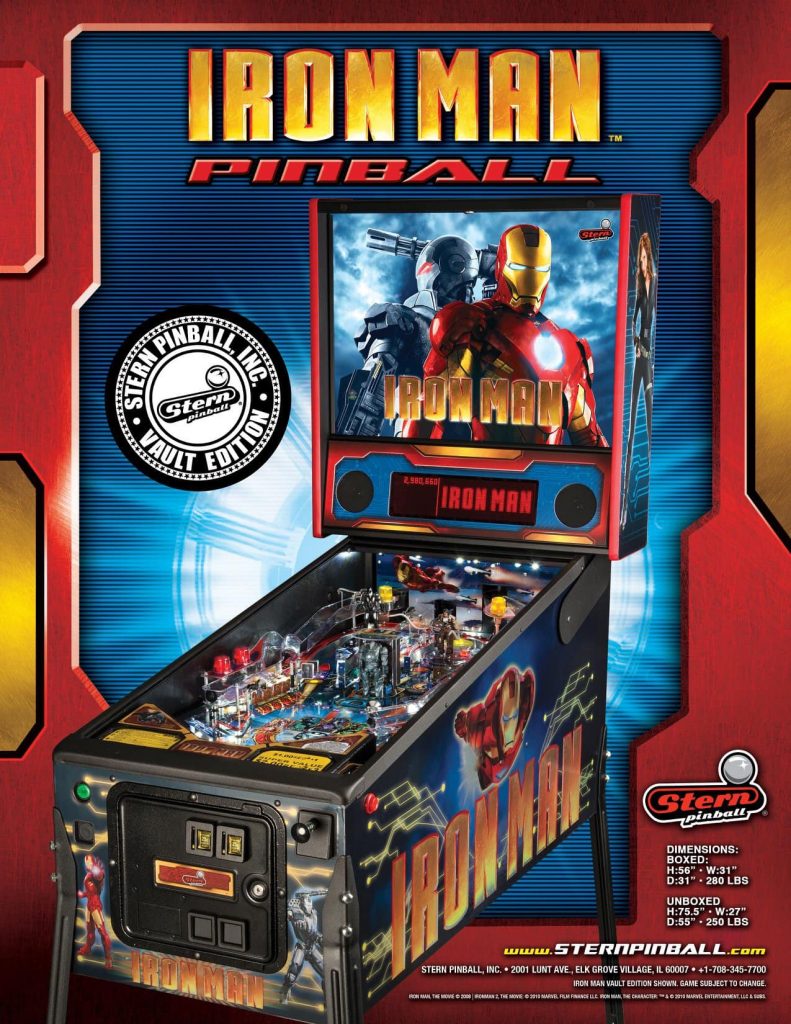 January had two large tradeshows that Stern Pinball presented several of their recent games. First, there was the Consumer Electronics Show in Las Vegas. Among other games, Stern showed Stranger Things in both the Pro and Premium model. Up to that point, the Premium model had not been shown in public.

A week later, Stern was present at the EAG Expo in London – United Kingdom. Stern was represented by Gary Stern, Dave Peterson, John Buscaglia, Doug Skor, and George Gomez. I wrote a report on this year’s EAG Expo, which you can read on the Pinball Magazine website.

Dave Peterson, head of the investment group that invested heavily in Stern Pinball, was kind enough to do a short interview on the EAG show floor, in which he looks back on 2019 and Stern’s plans for 2020. This interview is part of free Pinball Magazine & Pinball News podcast, so make sure to check that out as well.

One of the topics discussed with Dave was whether there would be any Vault editions coming out in 2020. Off the record, I was told that Iron Man Vault Edition would be going back into production for a small run of games. To my surprise, the game already hit the line and has been offered by distributors since January 29th.

In the meantime, Stranger Things Limited Edition was on the line in the Stern factory. As you may remember, Stranger Things was revealed at the end of December and is Stern’s newest model. Response to the game has been somewhat mixed. Personally, not being familiar with the theme at all, I think the game has potential. The projector has great possibilities, which hopefully will be implemented in upcoming code updates. At the EAG Expo, I suggested to Stern management to include a projector in forthcoming titles as well, as it really can add to the gameplay experience if used to its full potential. We’ll have to see whether that will happen or not. But if the technology is already developed, why only use it on just one title?

Stern also released code updates for Jurassic Park, Stranger Things, and Elvira’s House of Horrors. Game designer Keith Elwin announced on Facebook that he’s working on adding an Escape Nublar Challenge mini-game to add to Jurassic Park. This mini-game can be started by holding both flippers at the start of a game and has a different objective than regular gameplay.

Haggis sent out a test release a few days ago. In this press release, they announce they developed a “hybrid playfield, comprised of a layer of Birch Plywood, a layer of specially coated Acrylic and a digitally printed cast substrate that is chemically and mechanically bonded to create a Pinball Playfield that will not dimple and not pool.” Basically, this means the playfield is covered with a hard plastic coating of about three to four millimeters thick, which is attached to the wooden playfield. Spanish and Italian pinball manufacturers also used a similar technique in the ’80s, which explains why those playfields always look so good.

The durability of this playfield is tested in a special video that involves the playfield and a sledgehammer. 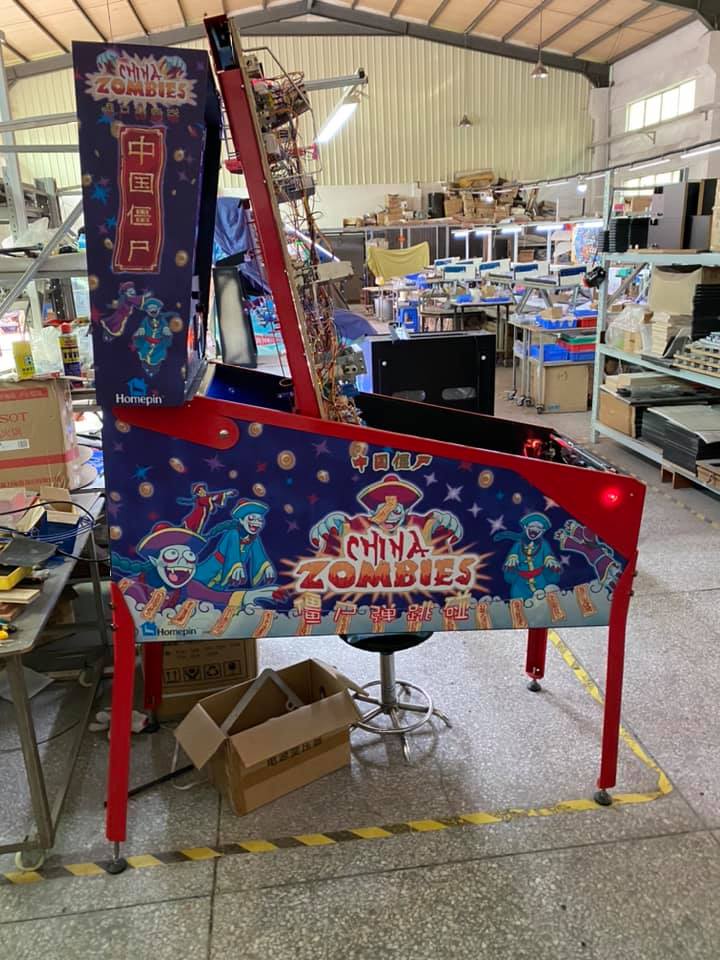 China-based Homepin closed its facility for several weeks so its employees can celebrate Chinese New Year. However, with the Coronavirus breakout in China, it appears the Chinese government has ordered the factory that work can only be restarted by following several strict rules. If even one employee tests positive, the entire factory can be shut down.

As Homepin is developing its second title, China Zombies, I guess it’s safe to say delays will be in order.

Deeproot Pinball is preparing for its official press event and their appearance at the Texas Pinball Festival. Speaking of which: Deeproot has reached out to Zidware customers who earlier chose an upcoming Deeproot pinball game as compensation for the Zidware situation. These customers were offered flights and accommodations to the Texas Pinball Festival, where the first Deeproot Pinball game(s) is/are presented. Deeproot will also have a VIP room at the Texas pinball show, which is accessible to the press and other VIPs. 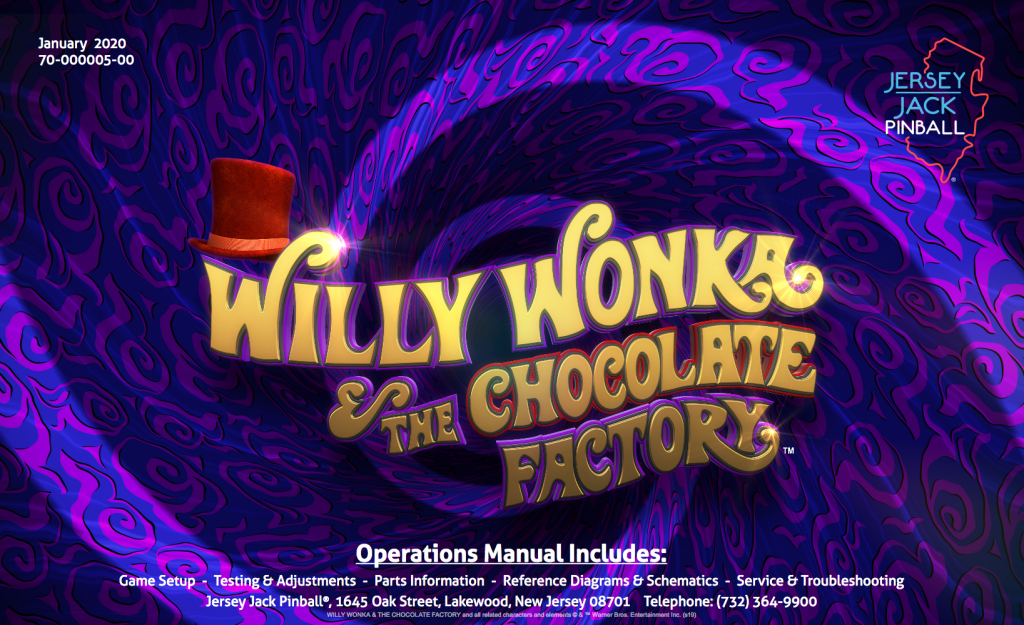 Jersey Jack Pinball released the Willy Wonka manual, which is just as heavy as previous manuals for JJP games. And some sections aren’t even complete yet.

Gamecode for Willy Wonka was also updated to version 1.33.

The company sent out a newsletter, which announced that all three models of Willy Wonka are in stock and ready to ship. They also have a very limited supply of Dialed In LE and The Wizard of Oz Yellow Brick Road Edition, of which there is no intention to manufacture more of these soon.

There appears to be no news on when the long-awaited sixth game for Jersey Jack Pinball will be announced. JJP-founder Jack Guarnieri has stated multiple times he would prefer to wait with announcing a new game until the company has games ready to ship. 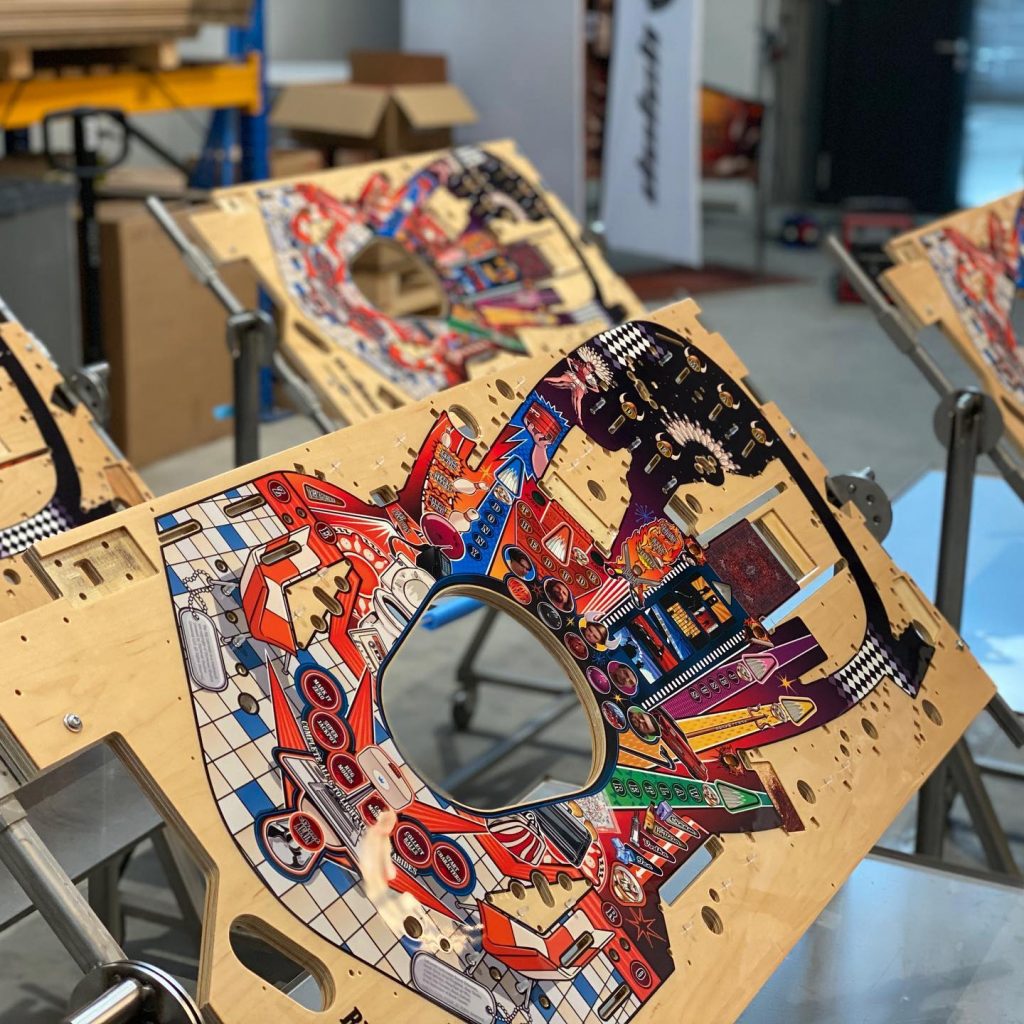 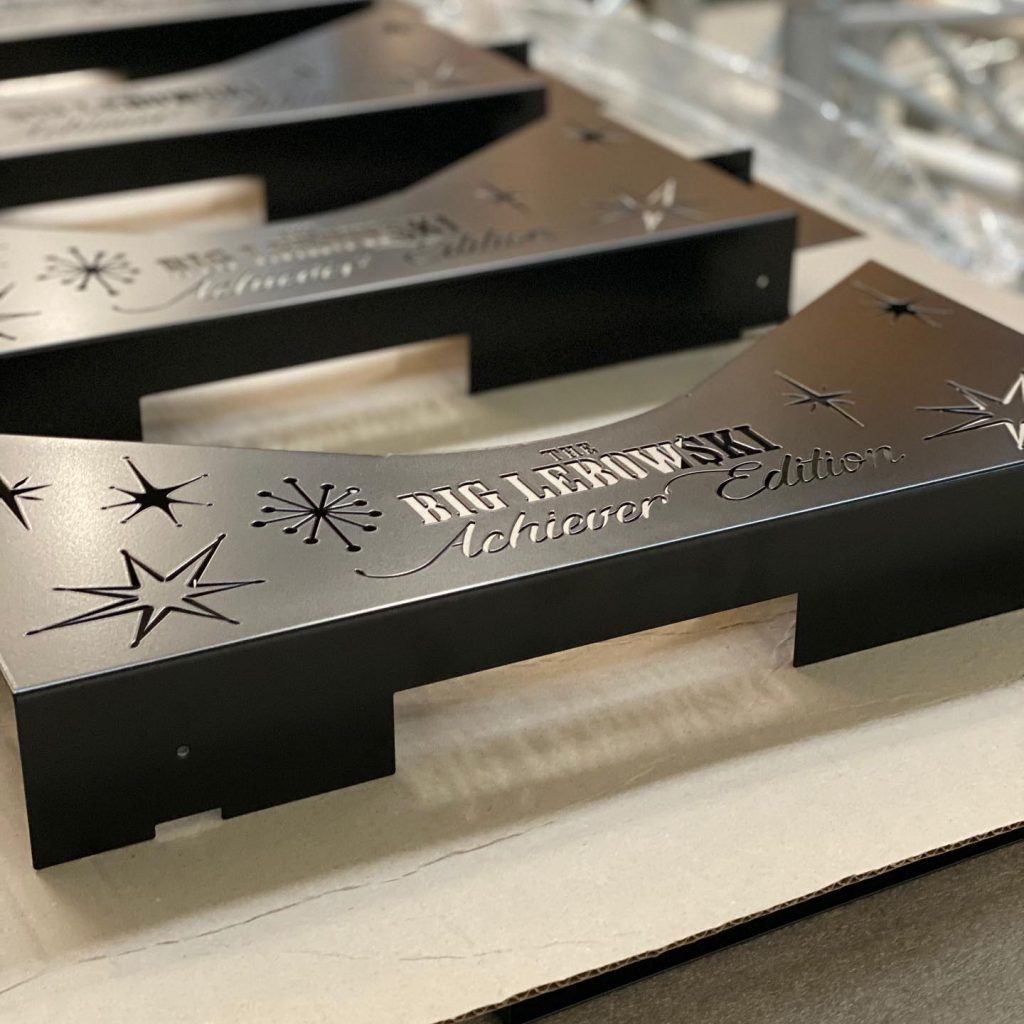 Dutch Pinball shared some photos on their new Instagram account and Facebook page of the assembly process of new The Big Lebowski playfields. While Dutch Pinball has been building new games for several months, their Facebook page had not been updated since June 24th of 2018.

In a phone conversation I had earlier today with Barry Driesen, the owner of Dutch Pinball, he informed me he’s looking to do a livestream from the Dutch Pinball factory at the beginning of March, including gameplay and a short video tour. More details on this will be provided in upcoming newsletters. 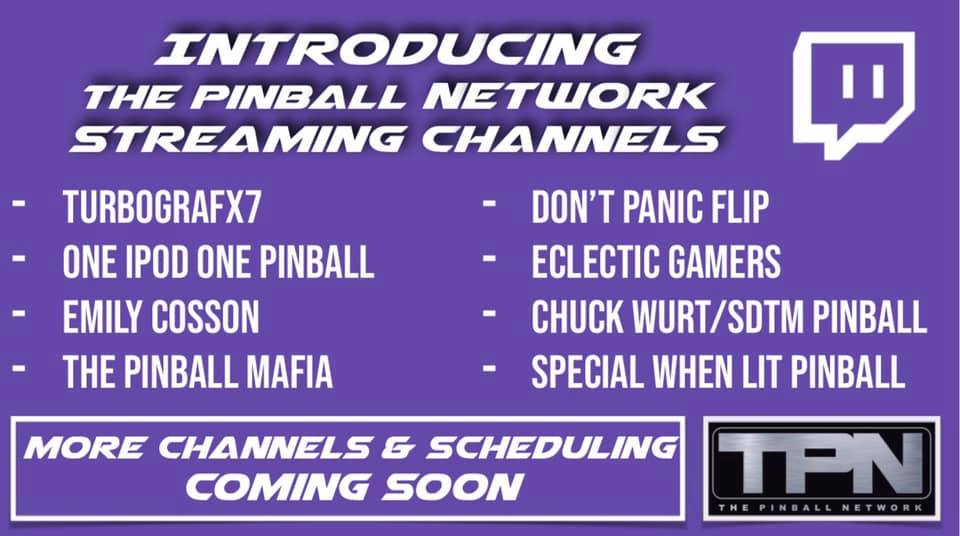 Various pinball podcasters announced to stop their podcast. Some of these podcasters turned out to be combining forces on a new platform called The Pinball Network, which will launch February 10th, 2020. For more info, check this Pinside forum topic.

ColorDMD completed the Bally Williams line of games. The latest release to complete the series was NBA Fastbreak. New titles will continue to come out, with Sega’s Goldeneye already announced. 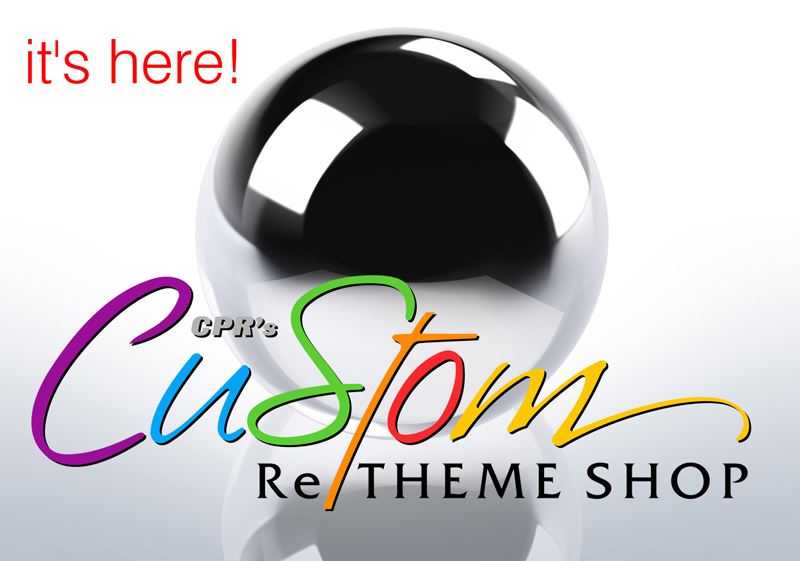 Classic Playfield Reproductions announced a custom re-theming shop, that can help you print all your custom artwork in case you’re re-theming an existing pinball machine. 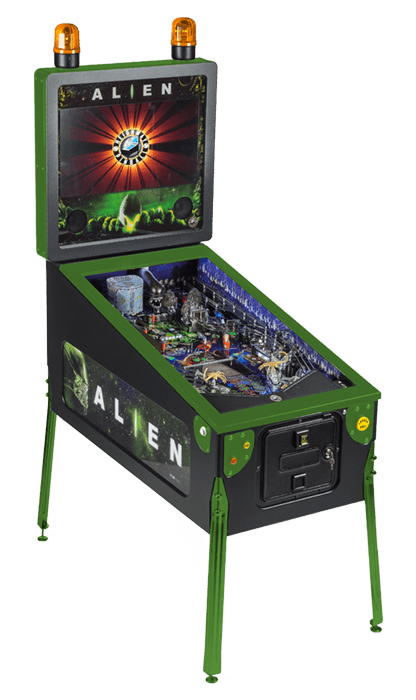 Brian Dominy released 1.3 Beta code for Alien. While Pinball Brothers, the holding that owns the remains of Heighway Pinball, do not support the code, they allowed the code to be released. See this Pinside forum thread for a list of all the changes. 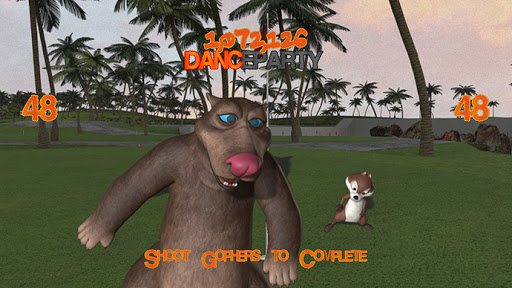 James Cardona wrote and released completely new game code for No Good Gofers. To run this code, the game will need to run on P-Roc boards, which are not included when purchasing the software. For more details and video of new gameplay, see this Pinside forum topic. 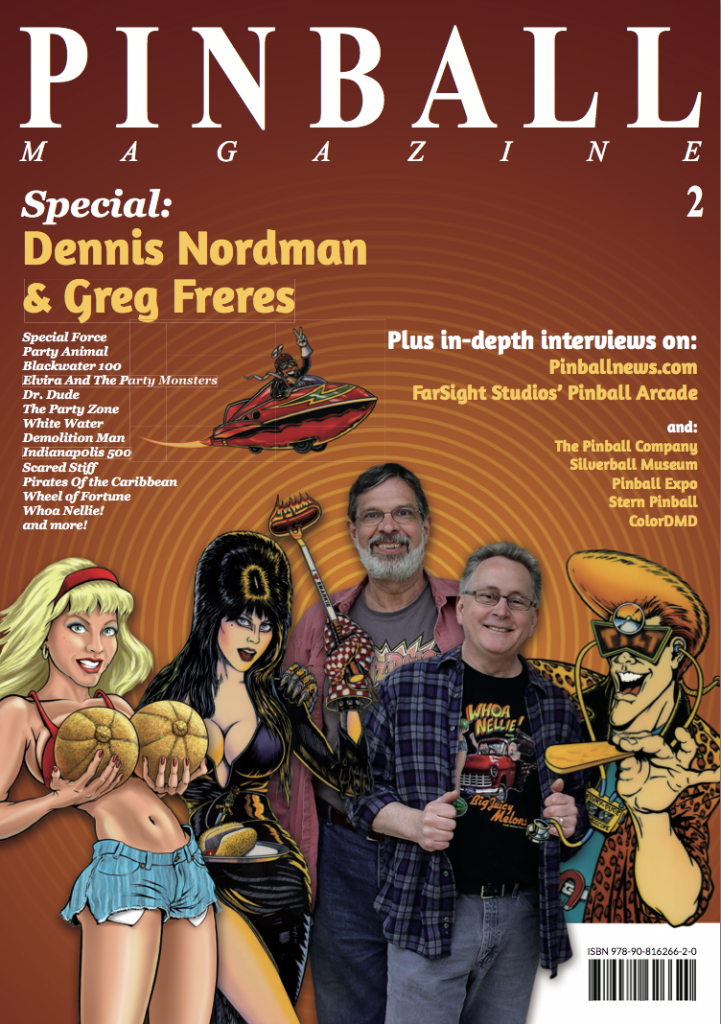 Pinball Magazine No. 2 has been reprinted and is available in the Pinball Magazine webshop. The first batch of orders has already shipped out. The reprint of issue 2 comes with a special set of postcards.

The Pinball Magazine webshop is now offering shipping with PostNL as well. This way, customers can choose between two postal services and rates.

Please note, it has been indicated by my account manager at Deutsche Post that shipping rates to the U.S. are likely to increase tens of percents in July due to changing laws. While I hope this will eventually will not be the case, you may want to place your order in the Pinball Magazine webshop now as shipping may be a lot more expensive in a few months.

Pinball News published a great Year In Review article, looking back on all the major pinball news of 2019.

Speaking of Pinball News, Martin Ayub and I will be back at the Texas Pinball Festival with our popular So You Think You Know Pinball quiz. The quiz is sponsored by all leading manufacturers of pinball machines and pinball parts, allowing participants to win cool pinball-related goodies. Contrary to previous years, this year, the quiz is scheduled at 6:00 PM on Saturday. So instead of opening the seminar program, we’re now closing it and warming you up for the TWIPY Awards at the same time.

As if that isn’t enough, we’ll also be hosting the quiz a week later at the Midwest Gaming Classic show as well. So if you can’t make it to the Texas show, we’ll hope to see you in Milwaukee. 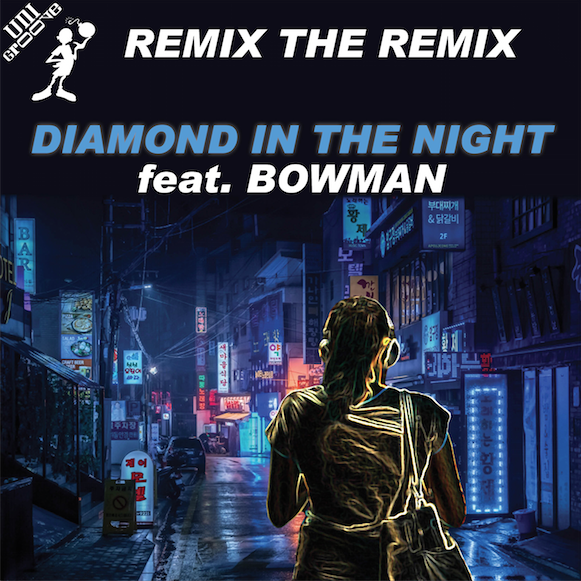 As I mentioned at the beginning of this newsletter, I like to address a music-related matter. Not everybody knows that I’m also a music producer, releasing dance music under various aliases. When I’m talking to people that I know from pinball, and it happens to come up, they always go like, “Oh cool, I had no idea. Where can I listen to your music?” With that in mind, I figured it wouldn’t hurt mention an upcoming release of which I have high expectations. Next Friday, Valentine’s Day, will see the release of Remix the Remix – Diamond In The Night on my UniGroove label (click links to like respective Facebook pages to stay informed. You can also lookup and follow Unigroove and Remix_the_Remix on Instagram). What I’m curious about: do you think this song is suitable to be featured in a pinball machine? I’d appreciate it if you would check it out on Spotify or Apple Music and let me know.

That’s all for now. Keep on flippin’!

PS: If you appreciate these free monthly updates, feel free to show your appreciation in the Pinball Magazine virtual tip jar 🙂 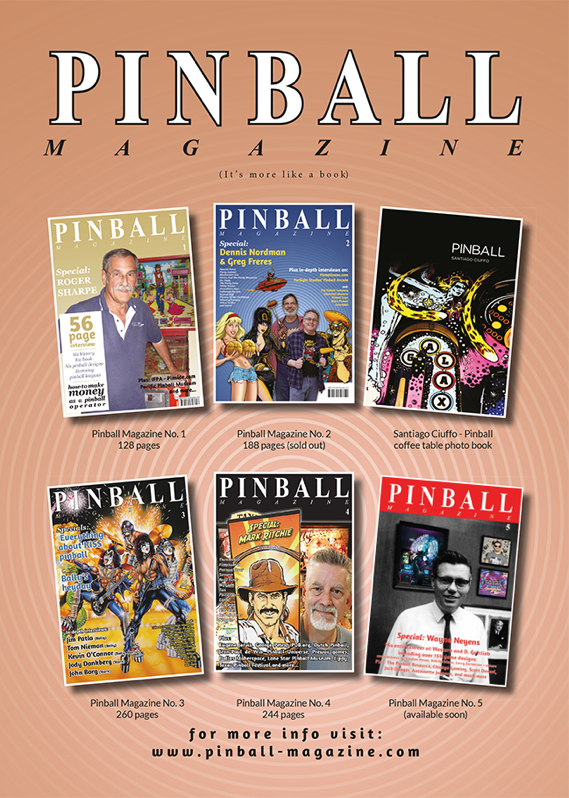