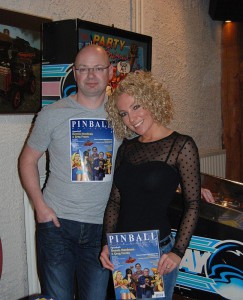 Jonathan Joosten and Melanie Morren next to the Party Animal pinball machine in the Pinball Magazine stand at Dutch Pinball open 2013. 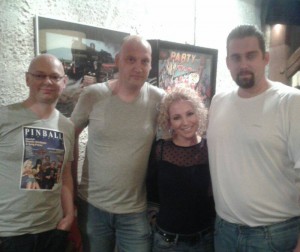 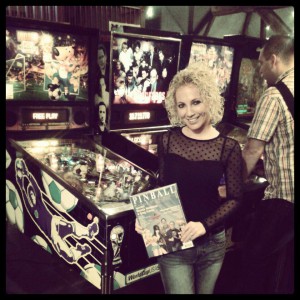 Last weekend the Dutch Pinball Open was held and Pinball Magazine was present with a small stand. The lovely Melanie Morren hosted the stand on Saturday, together with editor Jonathan Joosten. Ciske Vreuls and Errol Klein from www.zeldzameflippers.nl brought in a Sharpshooter and a Party Animal pinball machine, which were set up on each side of the stand. Apparently not everybody understood why those games, so here’s the reasoning: Sharpshooter is designed by Roger Sharpe, who featured in the cover story of Pinball Magazine No. 1. Party Animal is an early Dennis Nordman design, who is featured in the cover story of Pinball Magazine No. 2. 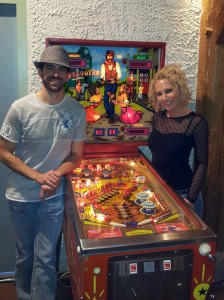 Zach Sharpe and Melanie Morren next to Sharpeshooter, a game designed by Zach’s father Roger Sharpe. Zach would eventually win the main tournament the next day.

As for the tournament Zach Shapre, son of the earlier mentioned Roger Sharpe, won from Dutch Taco Wouters in a best of three final. Zach won on Indianapolis 500, Taco won on Scared Stiff and Zach won on Spiderman. Congratulations!