Pinball Expo will kick off today, but I actually already arrived in Chicago last Sunday. The past days were spent interviewing the pinball designer that will feature in Pinball Magazine No. 3 and gathering as much photos, scans and other stuff that may show up in Issue 3. 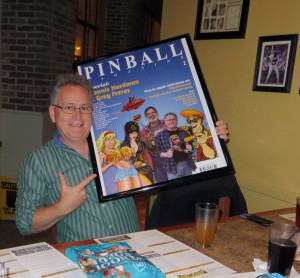 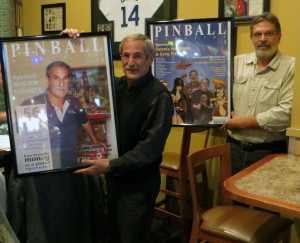 Python kindly took care of the drinks at the bar where we gathered together. From there we moved to a table to order dinner. The food was good and the vibe at the table even better. All sorts of pinball related stories came along, giving new insights in old and new events. Simply a great evening! This may become a future tradition. 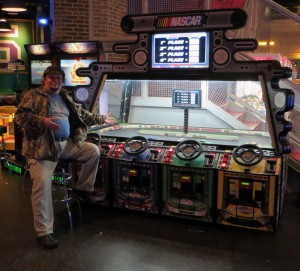 Python Anghelo poses next to this Nascar game, which he worked when working for BayTech.

On the way out Python discovered the last game he worked on being operated and he willingly posed next to it.

Later today Expo will start. Prior to that there may be some interesting activities, but more on that later. In the mean time I noticed the free sampler PDF is downloaded a lot. Great! Just as a reminder: the next batch of magazines ships October 24th and orders are being taken until the evening of the 23th.