Others about Roger: Larry Demar (Director of Engineering, Pinball Programmer) 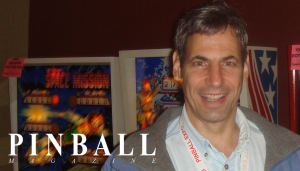