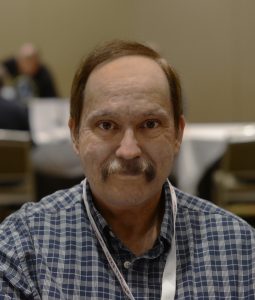 Pinball Magazine just found out through Pinball News that veteran pinball designer Barry Ourler died from complications while he was undergoing a cancer treatment.

Barry Oursler was known as probably the fastest-working pinball designer in the industry. Most of his games were designed while working at Williams, which include several landmark titles such as Gorgar (the first pinball game with speech), Space Shuttle (the game that kept Williams in pinball), Pin-Bot and the Comet / Cyclone / Hurricane trilogy. On multiple titles Oursler was paired with Python Anghelo, as Python was more creative in terms of game concepts, while Oursler was able to build what Python could only conceptualize.

Barry also worked for Heighway Pinball, where he contributed to the design of Alien and Queen. When he started working for Deeproot Pinball, he moved to San Antonio, Texas. It was only last month that American Pinball announced they hired Barry Oursler as their newest member of their design team.