The IAAPA organzes several tradeshows and EAS is one of them. This year’s edition is held in Amsterdam. The show is mainly about stuff for amusement parcs, varying from inflatable objects, to water slides and what else you can think off. Gamecastle International was present with a large booth in which three of the latest Stern pinball machines were presented: Iron Man Vault Edition, Star Trek Pro and Stern’s newest: The Walking Dead Pro. Since this is the first public showing of the game, Pinball Magazine editor Jonathan Joosten headed to the show to capture some long awaited video footage:

Here’s a link to a video of Gary Stern playing two quick games on The Walking Dead:

Besides playing The Walking Dead, which is a very fast and fun game even with early software code, Jonathan also talked to both Gary Stern and Stern investor Dave Peterson. Dave had some interesting news. Since nothing was recorded, here are the highlights as Jonathan recalls them:

Last, but not least, Gary and Dave both posed with Santiago Ciuffo’s PINBALL book, of which Gary is a big fan. 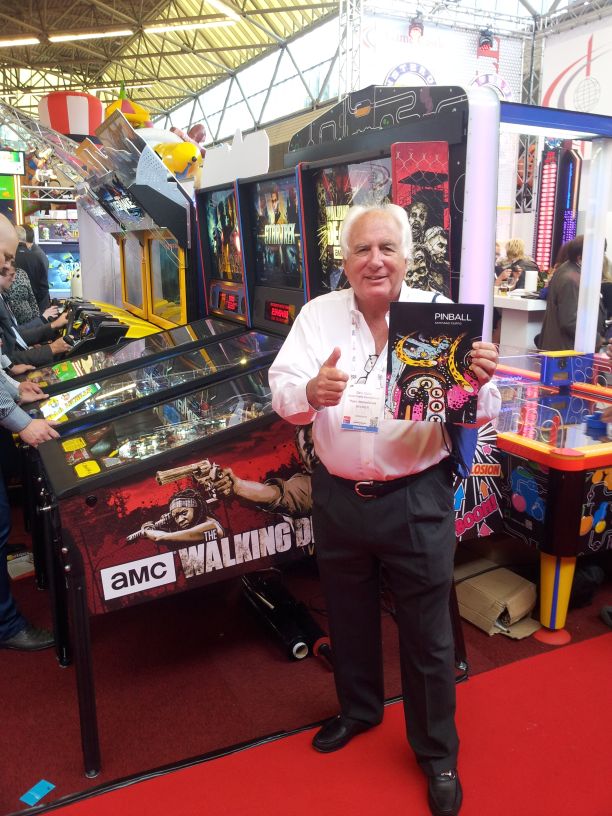 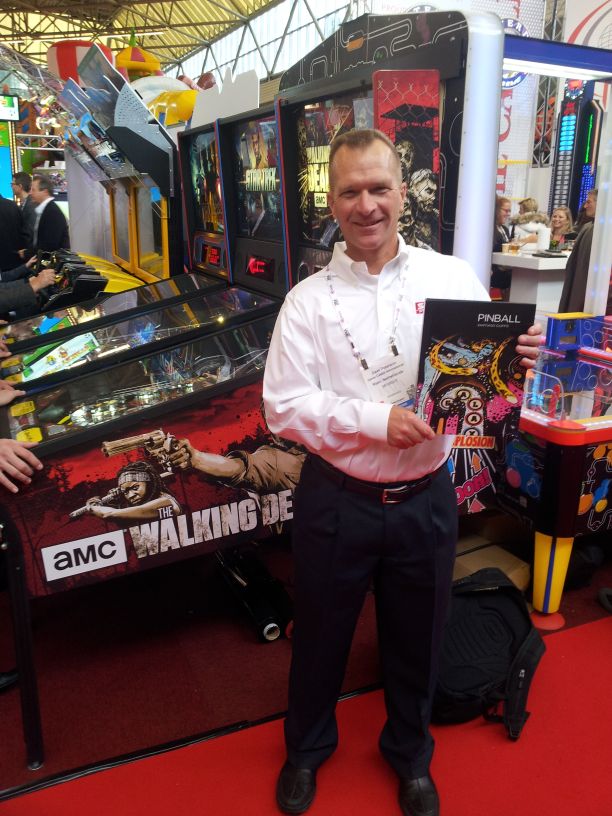