The third edition of Arcade Expo was held the weekend of March 17-19, 2017. Where the first two editions were held in January of 2015 and 2016, this year’s edition was rescheduled to March as some technical work on the building and a new patio would not be finished in time. Arcade Expo is held at the Museum of Pinball in Banning, California. Contrary to most other pinball shows most of the games at Arcade Expo are owned by one man: John Weeks. John owns the Museum of Pinball and the games are set up there permanently. The museum is only open a few weekends a years, for events such as this. The location can also be rented for corporate and private events.

This year’s edition was blessed with bright sunny weather, making it very pleasant to hang outside on the new patio where several food and drink vendors were set up. The range in available products was slightly bigger than last year, ranging from burgers, hot dogs, crepes, to Mexican ice cream and locally brewed beer. The food itself was tasty. Also outside, on your way to the vendor stands, was a music stage where several artists performed over the weekend. 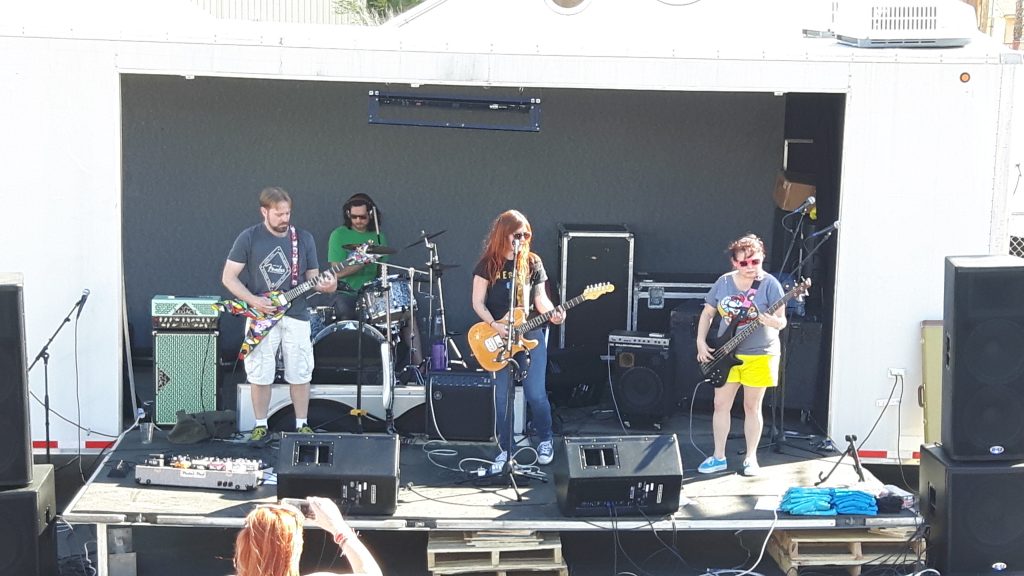 One of the performing bands 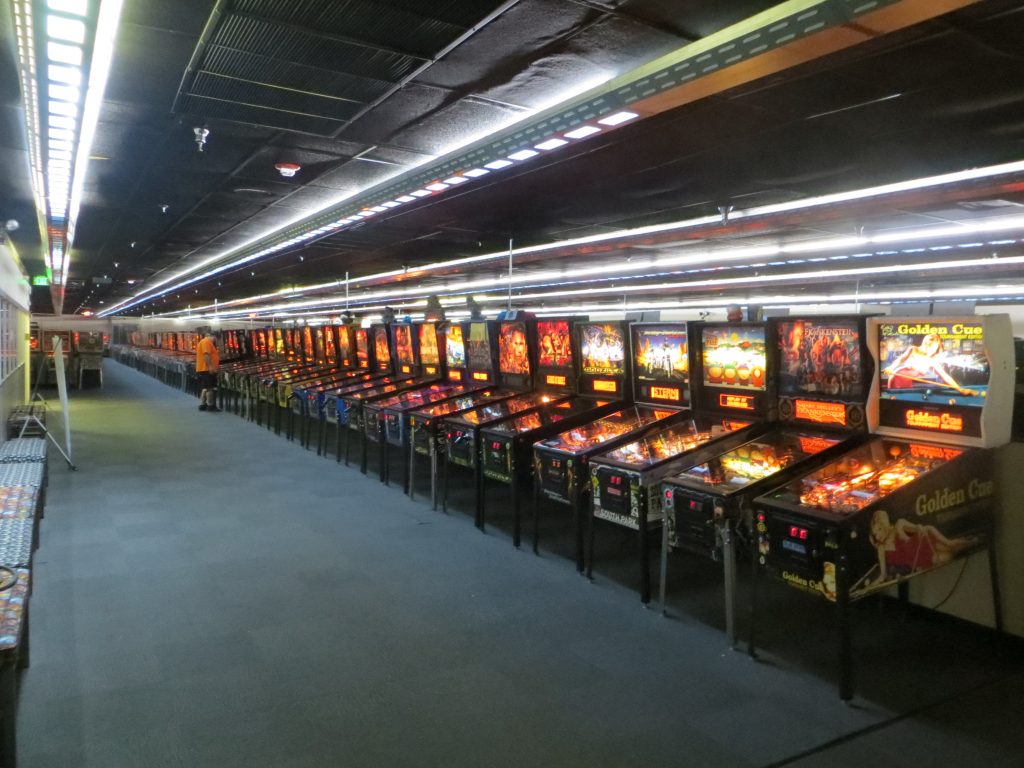 The first row of pinball machines, with several of the same length following it 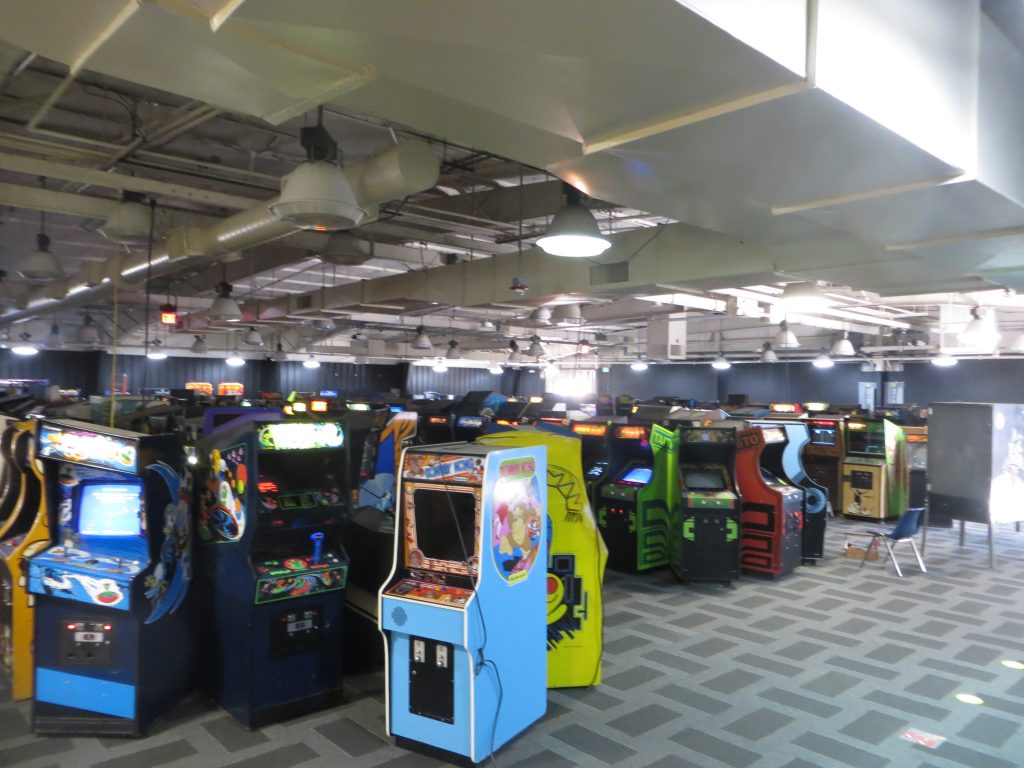 the right half of the videogame hall during set up

Inside the Museum is split into two sections: one for pinball and one for video and arcade games. Compared to last year there were a few games added to the pinball line up and some others taken out to create space for the new games. Contrary to last year there were no vendors in the pinball hall. Instead the vendors were located in the videogame hall or in a large tent outside. One can question whether it makes sense to have pinball part vendors in the videogame section, but if that’s the only available space, so be it. Pinball related vendors in the arcade hall were Starship Fantasies and Farsight Studios with The Pinball Arcade. As it turns out Farsight Studios works closely with the Museum of Pinball. They’re operating not that far from the museum and if they need to take a game apart in order to emulate it and they don’t have it themselves, often they can find it in the museum. There were several charities present with a small booth where one was offering a raffle where one could win a Bally Campus Queen pinball machine. 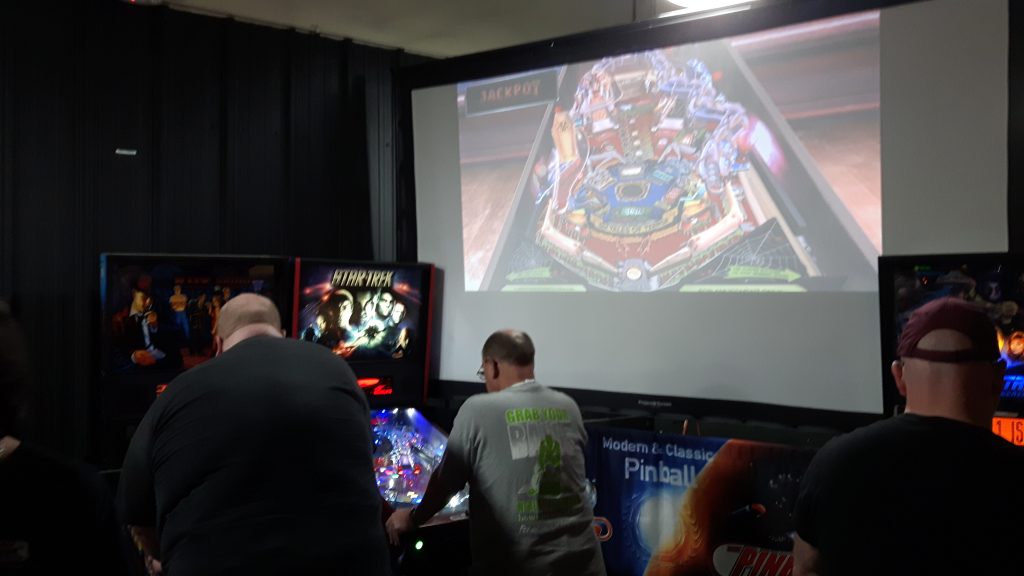 Outside Marco Specialties was occupying about a third of a large tent. Aside from bringing 14 new Stern Pinball games they also offered a range of common pinball parts and lots of merchandise in the form of T-shirts, mugs and such. In the back Dirty Donny, graphic artist on Metallica, Pabst Can Crusher and Aerosmith, was selling books and silkscreened prints that light up under black light. 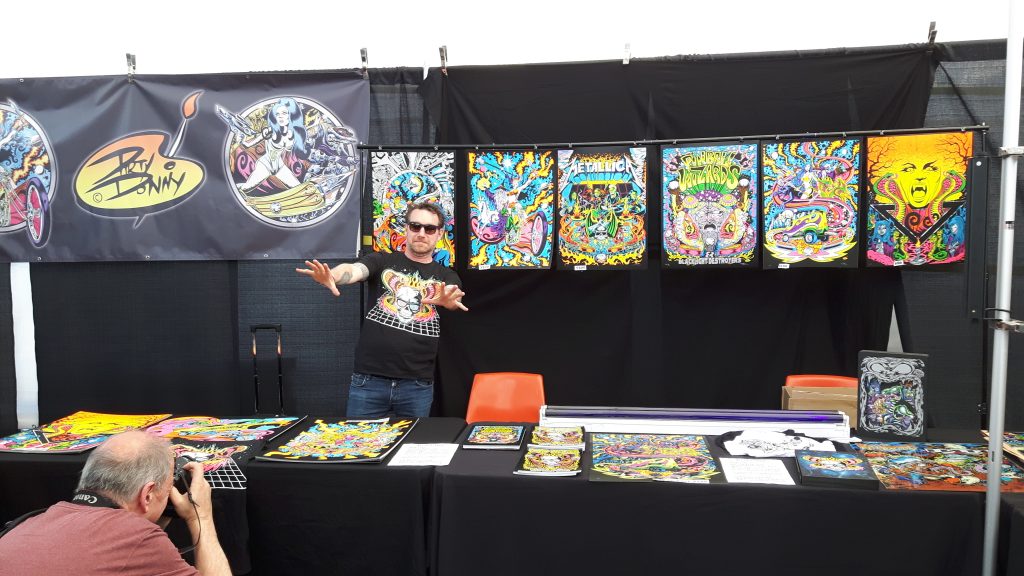 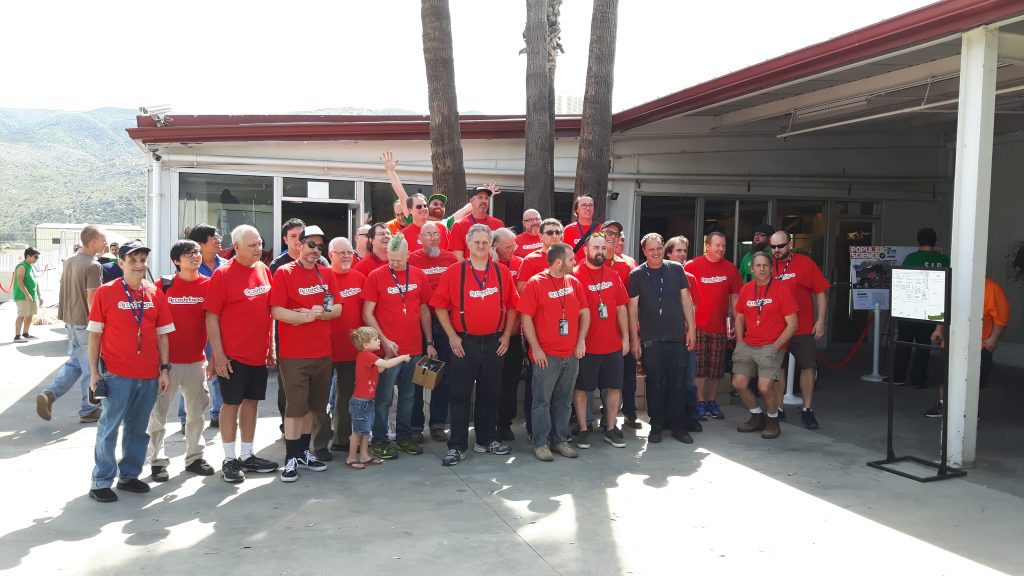 The technicians with John Weeks (in black)

With the museum not being open all year long, technicians volunteer prior to the show to make sure all games are working. During the event technicians are easily spotted due to their red T-shirts, which resulted in many quick on the spot fixes of ball hang-ups and such. Overall the pinball games were in pretty good playing condition. Some of the electromechanical games could use some more snappy bumpers and flippers, but with over 500 pinball machines available it is understandable that some time consuming fixes were not done yet. At the opening of the event a group photo was taken with all technicians, which indicates how many techs were on duty to make this show happen. Much appreciated!

The event was held for three days, with the Saturday being the busiest. There were several tournaments, but as I didn’t play in any I didn’t pay much attention to them either. As I would be visiting pinball design legend Wayne Neyens the next week my focus was on getting more acquainted with his games. As the pinball collection at the museum starts with games from around 1961 there were only about a dozen games designed by Wayne present, but it was nice to be able to play these.

On Saturday afternoon Tim Moyers showed his latest pinball project in the taproom of the local brewery: a fully restored Bally Frontier. The cabinet artwork on Tim’s game is custom painted by a friend of him. The focus in the extremely detailed cabinet artwork is on the five predator animals the player collects on the playfield. There were other games available on coin play, but Frontier was the only one on free play. While food was served in the backyard there was a constant line of people waiting to play Tim’s Frontier and it definitely played like new or even better. 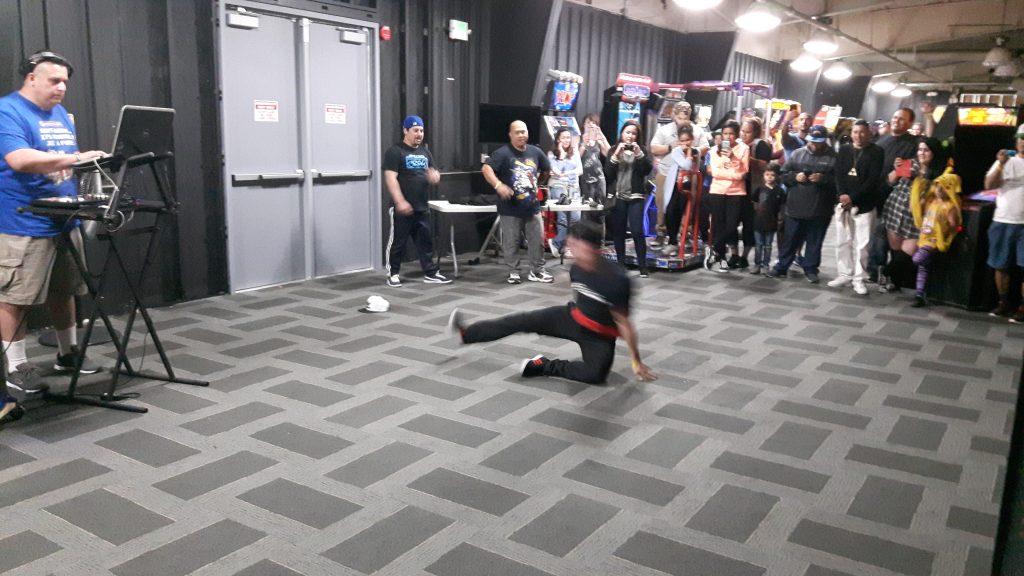 Breakdance battle in the videogame hall

Saturday evening a DJ was playing ‘80s music in the Arcade area. Heard a lot of tines that made me smile. At some point some break dancers had a battle going on, which looked pretty cool.

At the entrance of the museum a blank whiteboard had been screwed to the wall and visitors were encouraged to leave a note on it. At the end of the weekend the board was completely filled up.

In conclusion John Weeks and the team of people helping out set up a great show. The play-ability of many of the games had improved, which was noted by many who had attended previous events. The next event at the Museum of Pinball is scheduled in October 2017. As I didn’t take enough photos for a very detailed report, do check out Pinball News’ coverage from this show as well.